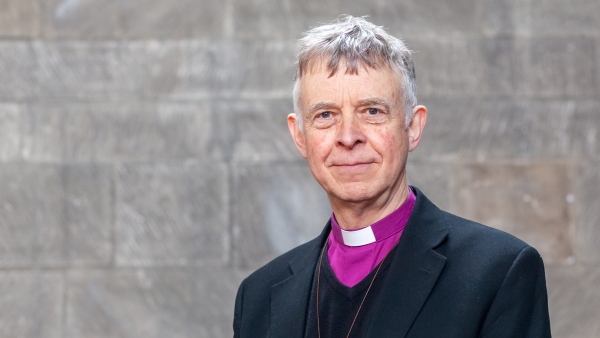 November is a good month for saints.  It starts with All Saints Day and has a generous smattering of commemorations during the rest of the month.  Among them is one of the more recent additions to the Anglican calendar, William Temple, whom we remember on 6 November.

William Temple was probably the nearest an Archbishop of Canterbury came to being a household name in the twentieth century – or since.

He was archbishop for only two years, between 1942 and 1944, but his career to that point had been remarkable in its range and effectiveness.

Described by a contemporary as ‘by far the greatest Englishman of his day’, Temple combined immense spiritual depth with intellectual distinction and a passion for social justice; he was one of the thinkers behind the creation of the modern Welfare State. This happy, humble, affectionate, and overweight man seemed to move effortlessly through the Church of England, as if to the manner born; which he was.

His father had been Archbishop of Canterbury and Temple had a number of brief appointments, any of which might have been seen as the culmination of anyone else’s career, before becoming Bishop of Manchester at the age of forty, before moving to York and later Canterbury.

People looked up to him as a natural leader and guide to the nation’s conscience – he was helped in this by the advent of radio – and they sought to be associated with him.  My mother and her sisters all had Temple as one of their given names, on the basis of a family connection which I have not yet been able to rescue from its obscurity.

Temple made a brief stay with us in Derbyshire, as Headmaster of Repton School between 1910 and 1914.  He wasn’t particularly suited to the job and was relieved to leave it, to be succeeded by Geoffrey Fisher, who was later to follow him at Canterbury. While at Repton, Temple was developing his philosophical and theological position.  Something he wrote at the time, in an obscure footnote, has remained in my mind:

The earth will in all probability be habitable for myriads of years yet.  If Christianity is the final religion, the Church is still in its infancy. Two thousand years are but as two days.  The appeal to the ‘primitive Church’ is misleading; we are the primitive Church.

‘We are the primitive Church.’ What if the challenges we experience at the moment are the growing pains of a new creation rather than the death throes of a decaying institution?

Another ‘What if’.  What if William Temple had not suddenly died in post at the age of 63 and had lived to lead the Church of England after the Second World War?  His successor, Geoffrey Fisher, as he had done at Repton, played to his strengths as an administrator, revising canon law and restoring the structures of the church in a country which badly needed familiarity and reassurance after the desperate war years.  Might Temple have brought reform and rejuvenation, rather than restoration?

As we face a time of decision in our diocesan life and witness, perhaps we can learn from the unifying and generous vision of William Temple.