Bolsover Parish Church has received support from the Heritage Lottery Fund (HLF) for the Tower Restoration project, it was announced today. The project aims to halt any further decline in the Tower fabric and to develop work around the heritage and history of the Church in conjunction with the local schools.  The project will also loon to build stronger heritage links to the Bolsover Blue Plaque Trail. Development funding of £14,800 was awarded in 2015 to develop the project and we are delighted to announce a grant for the delivery phase of the project of £156,400 has now been awarded.

The church building is on the Historic England ‘Heritage At Risk Register 2015’.  The project aims to restore the structural integrity of the Church Tower, repair all other cracking within the church and install a new rainwater drainage system. It will build stronger heritage links with other local heritage sites and provide a range of resources and activities for our visitors. If people are interested in being involved in this exciting heritage project they should get in touch.

The late Norman tower is a surviving part of the stone church built in the late 12th century. It now houses 8 Victorian bells. In 1624 the Cavendish Chapel was added, the remains of several members of the Cavendish family are contained in lead coffins within the crypt below the chapel. The church is a grade II* listed building which although gutted by fire in 1897, rebuilt in 1898 and damaged by fire again in 1960, Medieval and Saxon artefacts, the Norman tower, 17th century Cavendish Chapel, crypt and many Victorian assets such as, the fine stained glass east window, Remembrance Corner and the window for the fallen of Bolsover, have all survived. The Tower also contains 2 clocks which are the only public clocks within the town.

The Church Wardens Andrew Johnston and Jill Smith say “This is an exciting project for the Church, the Town and the community. It will ensure the Church’s heritage and history will be preserved for future generations.  We are delighted that the Heritage Lottery Fund has given us this support, without which the integrity of the Church could not have been guaranteed” 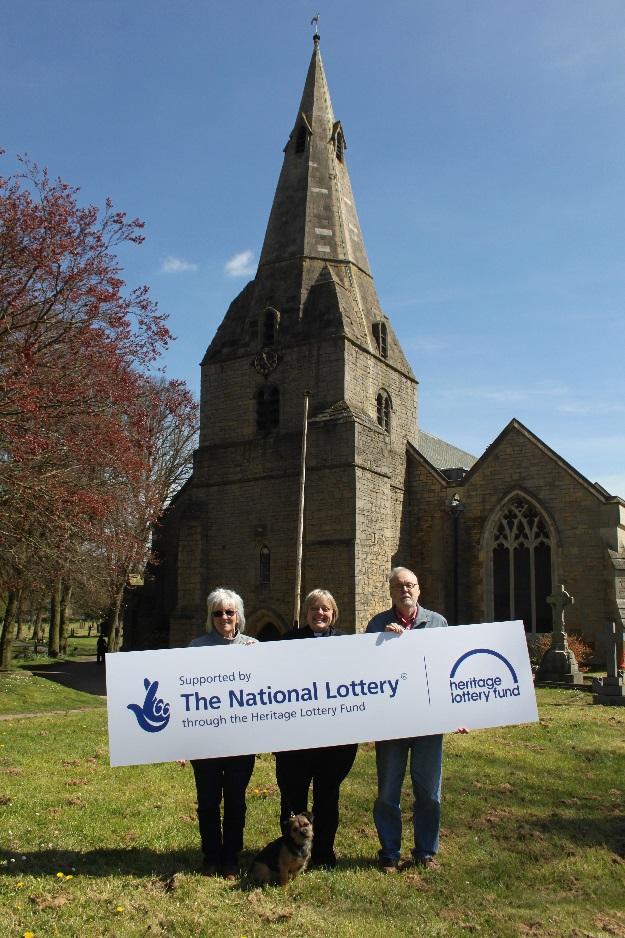 To celebrate the award of the Heritage Lottery Grant, Bolsover Parish Church is having a Day of ‘Musical Mayhem’ on Saturday 28th May 2016 between 10am and 2pm in church. Live musicians and bands will be performing throughout the day, with something to suit all tastes.  Delicious refreshments and lunches will be served throughout, come and join in the FUN!