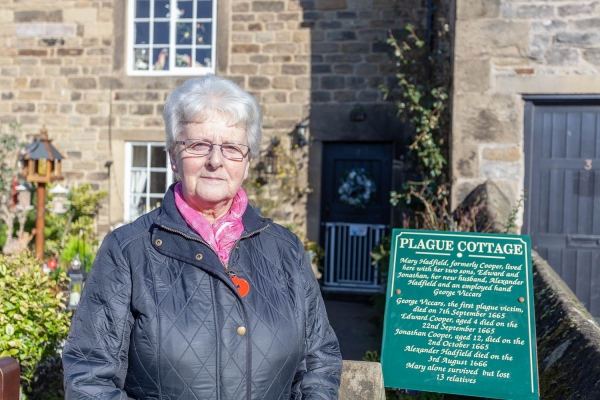 Churchwarden Joan Plant is a ninth-generation survivor of the plague

Mention the Derbyshire village of Eyam, and the chances are that the word ‘plague’ will also end up being part of the conversation.

Eyam (pronounced ‘eem’, by the way!) had its extraordinary history shaped around 350 years ago when the village quarantined itself to avoid the plague spreading beyond its locale.

The effects were devastating – but the resulting legacy is an incredibly deep sense of community.

As you might expect, the church and its then rector, William Mompesson, were central to the community – and to the story. And these days a stained-glass window in St Lawrence’s ensures the story lives on.

The plague in Eyam began in 1665, with the arrival of a parcel of cloth sent from London, where the disease had already killed thousands. A tailor had ordered the cloth to make costumes for Wakes Week, a celebration of Harvest.

By the time it arrived, the cloth was damp, so the tailor's assistant, George Viccars, hung the cloth in front of the fire to dry. What he didn’t know was that there were fleas in the cloth that were carrying the plague. Within a few days, Viccars became the first of the plague's victims in the village.

By Christmas 1665, 42 villagers had died and the following year many in the village were ready to leave everything behind to escape the pestilence.

But William Mompesson came up with a plan: the village was to be sealed off and no one allowed in – or out.

The cordon did its job – it prevented the plague from spreading to nearby Bakewell and Sheffield. But the cost to the village was terrible. In the year that the plague was rife in the community, 260 of Eyam’s residents succumbed.

Among those who dies was the rector’s wife, Catherine Mompesson, and there are countless heart-breaking tales of those who suffered and lost their lives.

But there were also survivors, including Elizabeth Blackwell.

One day, being incredibly thirsty due to the effects of plague, she went to the kitchen and grabbed a jug, which she thought contained milk. But it was actually filled with bacon fat. She downed the lot and was violently sick as a result. Whether or not it was the fat that cured her is debatable, but she recovered and lived to tell the tale.

“There are about a hundred of us who can trace our ancestors back to survivors of the plague.” Said Joan.  ”For me, being part of a family who did survive, knowing the tragedy of it all and the huge self-sacrifice and being able to transmit that to today’s generation is just a great privilege as a church.”

Eyam’s history draws tens of thousands to the village each year – each visitor keen to learn more about the Derbyshire village that gave so much.

“That’s all they want to talk to me about,” said Joan, “…the lady at Eyam who’s ancestor survived because she drank the bacon fat.”

The stained-glass window in the north aisle was given by a member of the church in 1985. You can clearly see the depiction of the arrival of the cloth, Mompesson, a young couple, engaged to be married, who were separated when the cordon was put in place. The church contains other testaments to Eyam’s story, too. 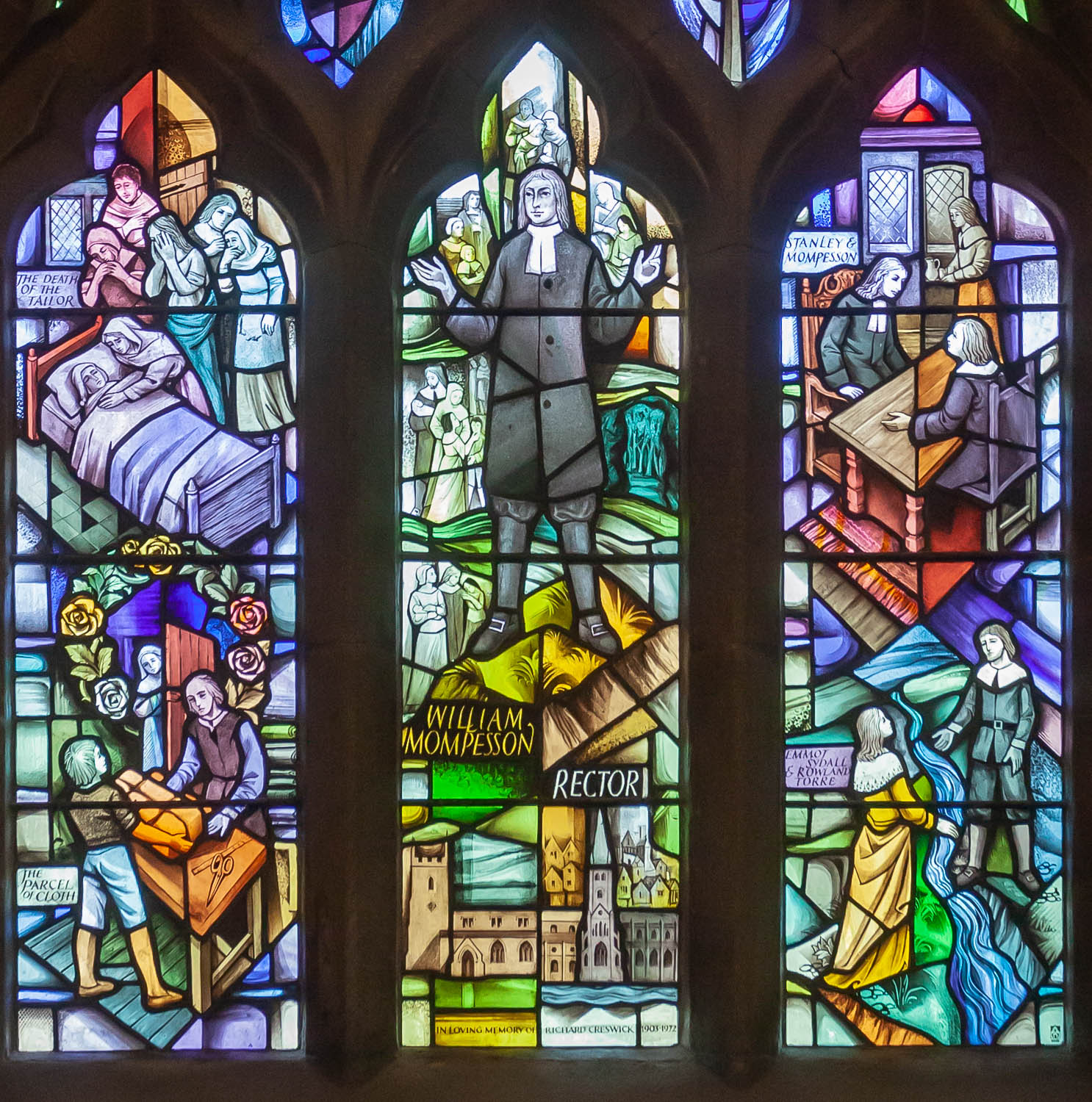 If 350 years ago, the village shut itself in and others out, then the polar opposite is true today. The church continuously reaches out to other groups, other villages and other communities.

The current rector is the Rev’d Mike Gilbert. He said: “Although it isn’t a museum in any way - it’s a thriving and lively church and community – it certainly does impact on virtually everything in the village.

“[The plague story] brings in thousands and thousand of visitors and part of our ministry here is to those visitors.

“It’s lovely because it’s just a small village and the church still is geographically and emotionally at the heart.

“We want to tell the story of Christ’s love and self-sacrifice and we want to model it and live it both in the community and in the wider area of the Peak District.

“From toddler groups to youth groups of all ages; we’ve just set up the Repair Café which is an exciting venture of sustainability, messy church, café church – the list goes on - right at the heart of it is a core of people who are committed to the story of Jesus’ love, and they give themselves willingly to proclaim that message.”

Joan added: “Because as a community we work together, there’s an excitement that we can then share with other people – they see how we live our lives and they think ‘I might want a bit of that’. It’s just a case of living our lives in the community.

“Sharing things that God’s done in our lives and sharing how we live life when it’s hard just helps people along the way.”

There is also a wonderful church centre in Eyam, gifted by a previous generation 25 years ago, which Mike says has made a massive difference to their ability to put on events and serve the community.

But he says that Eyam church has the same struggles as any other – a lack of money, a congregation that isn’t getting any younger and a lack of volunteers. But he says: “We’ve had a wonderful messy church and café church - young families – a congregation of about 50 people who have just come recently. And that’s because we’re saying we need to leave the 99 and go looking for the one – the lost sheep who is yet to discover the love of God.

“Prayer has got to be at the heart of it and a sense of welcome – and a willingness to take risks. We could stick with what we’ve got but if we do that it will gently alter our hand. It’s about saying ‘where is God taking us today?’” 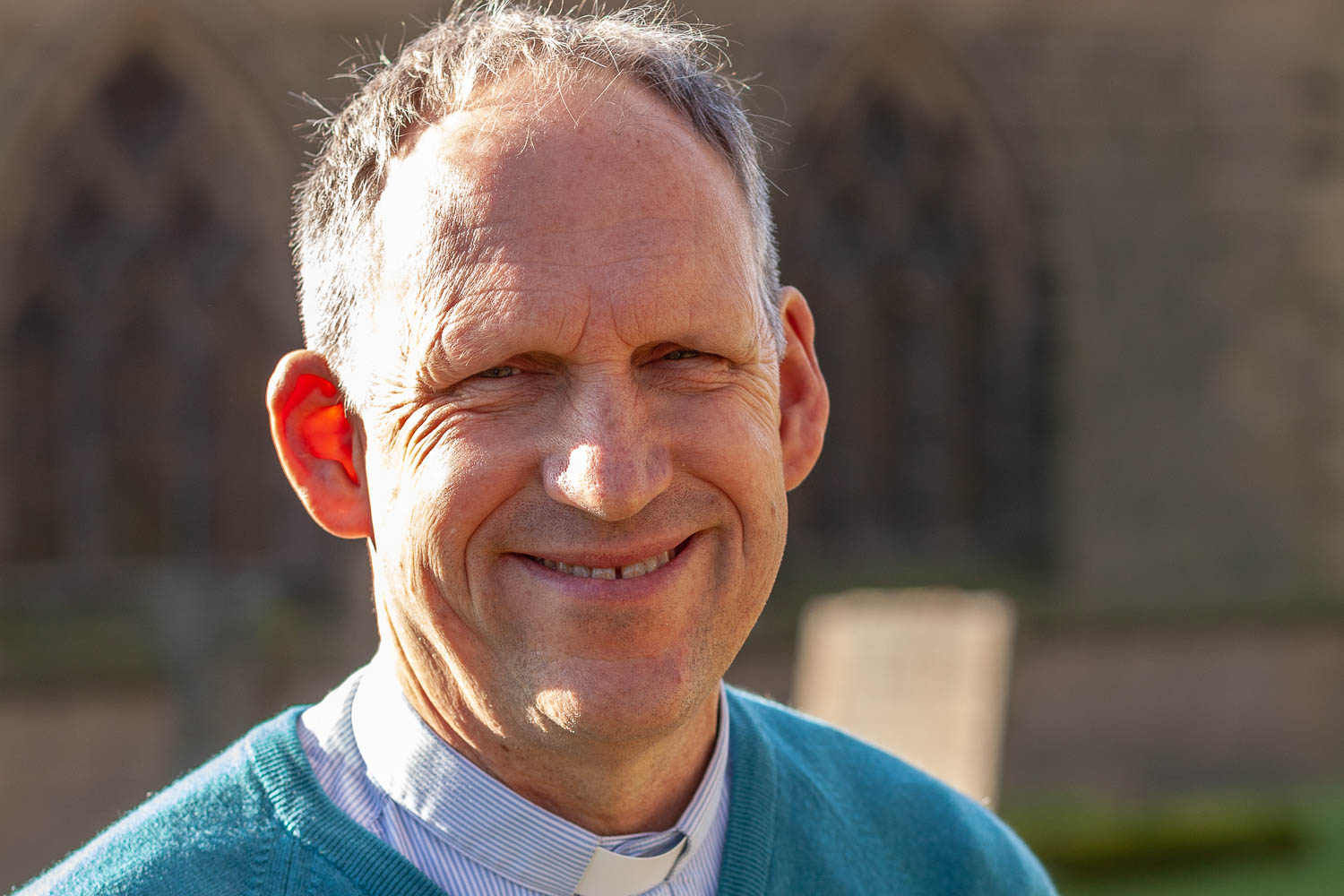 Joan says that people who come to Eyam and see what they are doing there go back to their own villages and churches and try to start new things there.

Meanwhile, the village’s story continues to add to help keep the church lively: “In the summer, we get hundreds of people joining us for worship. They stay in the village knowing that they can come to church on Sunday  - and they come back year on year because they’ve enjoyed what they’ve had, so we’ve always got people wanting to join the church.” 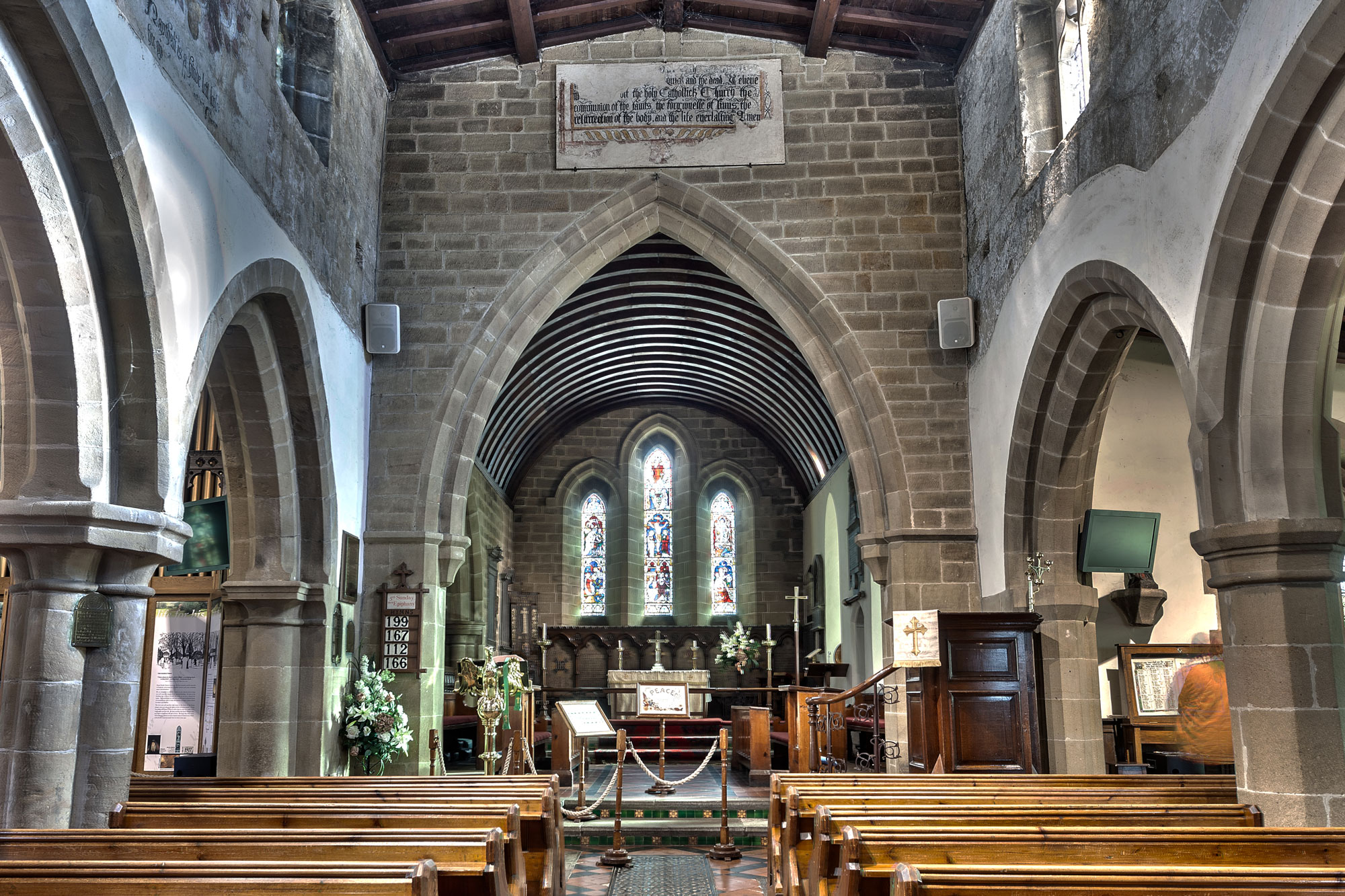