Behind the scenes: Long Eaton Foodbank 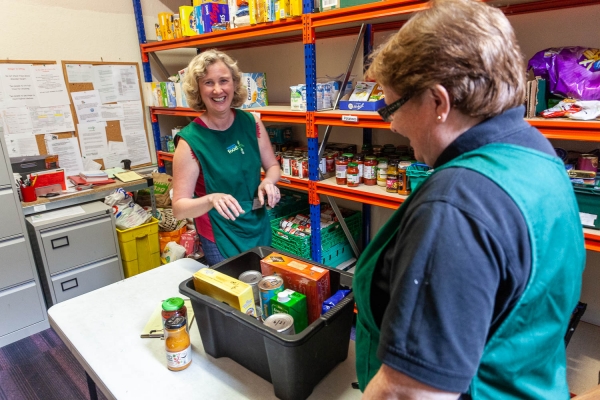 Foodbanks are now, sadly, a common feature of many towns and cities as more and more people struggle to find the money to pay for life’s basics.

Of course, foodbanks don’t tackle the core problem, but they do at least help some of those who struggle to pay for one of our basic requirements – the need to eat.

And most of the Derbyshire foodbanks have strong connections with our churches.

One such foodbank is in Long Eaton, which is a collaboration between a number of churches of different denominations and is based at the Methodist church. It relies on donations and a team of 40 or 50 volunteers who are drawn from churches and the local communities.

It also has a foodbank in Sawley and a satellite in Castle Donington.

The volunteers do a range of jobs, including packing, welcoming guests and offering conversation, logistics, signposting people to other services, warehouse organisation, and collections.

Revd Samantha Tredwell is the vicar of St John in Long Eaton and is involved in the foodbank. She’s been telling Together Magazine more. 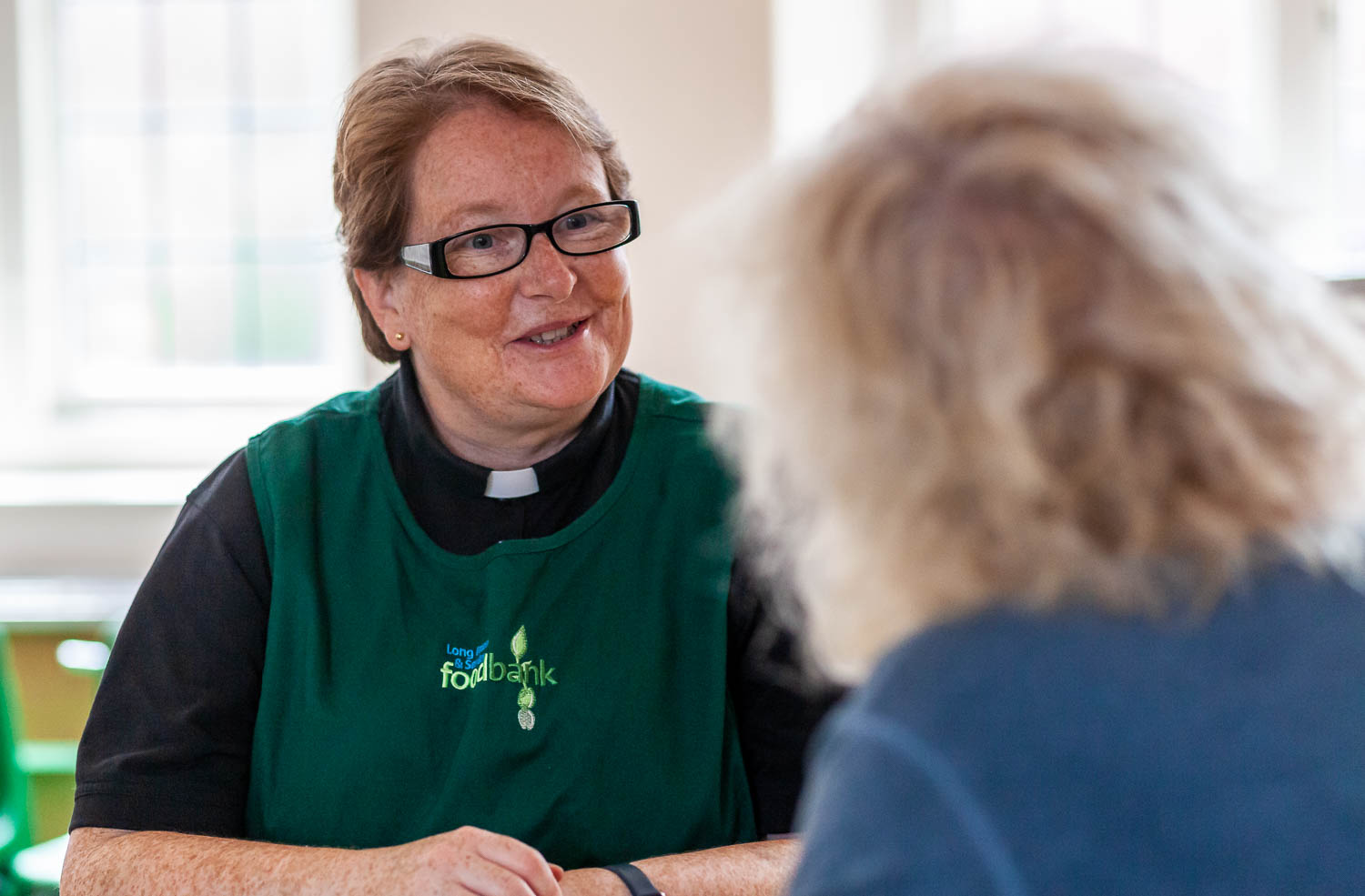 Q: How bad is the problem of food poverty in Long Eaton?

A: There’s been an increase of 52% in the use of the foodbank in the last 18 months and that’s been at the same time as the roll-out of Universal Credit across the region. We knew it would go up – but it’s gone up and stayed up. So we’re now getting as many as 18 to 25 users each session.

Q: And who uses the foodbank?

A: I would say everybody. People with young families – particularly in the holidays, people who have been made redundant and homeless people. We also see the working poor - people who aren’t earning enough to pay their rent and to feed themselves, or people on zero-hours contracts who don’t know from one month to another how much money is coming in and there isn’t enough to go around.

Q: So anyone could find themselves in this situation then? If for example they were to lose their job?

A: Yes, because people think there is a network of benefits. There are benefits but there is quite a serious time lag between applying and getting that money. The government says it’s five weeks, but we’ve seen it be eight or nine weeks without any money. The longest I’ve come across is a lady who went for seven months without any benefits – because of complications, because you need identification or a bank account – those things that perhaps people don’t have.

Q: As a vicar, how does it make you feel seeing these people at the foodbank today who haven’t got enough to eat?

A: It makes me angry – angry that people should go hungry. It feels wrong on all levels. We are a wealthy nation … and we also throw away a large amount of food each year. And we frequently come across people who have chosen to feed their children rather than themselves and have gone for days without eating. That makes us angry!

Q: So how does this work? Where do you get the food from to give to others?

A: The food we give out all comes from donations, which come from the community – from Long Eaton and Sawley. The community keeps us going and is very, very generous. We have food bins in Tesco and Asda that are filled up twice a week – we get tremendous help from them. The churches are collection points, people do collections for us and we have a Facebook page where we publicise what we need.

Q: How do you decide who needs what?

A: The Trussel Trust gives us a picking list – they’ve put together a list of things you would need to keep you going for about three to four days. The list includes cereal, milk, coffee, vegetables etc – so because we’re part of that network they’ve done the hard work for us. Obviously, a single person gets less than a family… but we give out more single parcels than anything else.

Q: This has led to other activities, hasn’t it?

A: Yes, it’s a real ecumenical process. One of the things about the foodbank is that you don’t really get to know people well. So, at St John’s in Long Eaton we are fortunate to have a big hall and a kitchen, so we decided to do a lunch once a week to build on friendships and to serve a hot meal. We thought we’d do that for six weeks – and two years on we’re still going. This week we fed around 100 people! They include young families, people who are older and lonely and some older people who are not managing on their pension. And another church, Oasis, has started a breakfast club on a Monday morning and a job club.

St John’s has also applied for a grant to put on some basic cookery classes. It’s all very well people coming to collect food, but not everyone has the skills to cook.

Q: What’s the best thing people can do to help?

A: Checking what we need is really helpful – we don’t really need baked beans all the time – we often need milk vegetables and other things. So please check first. I had a significant birthday this year and instead of presents I asked for food – and I collected about three-quarters of a ton for the foodbank – so people could try things like that too!

Find out more and get in touch by checking out their Facebook page: @longeatonandsawleyfoodbank 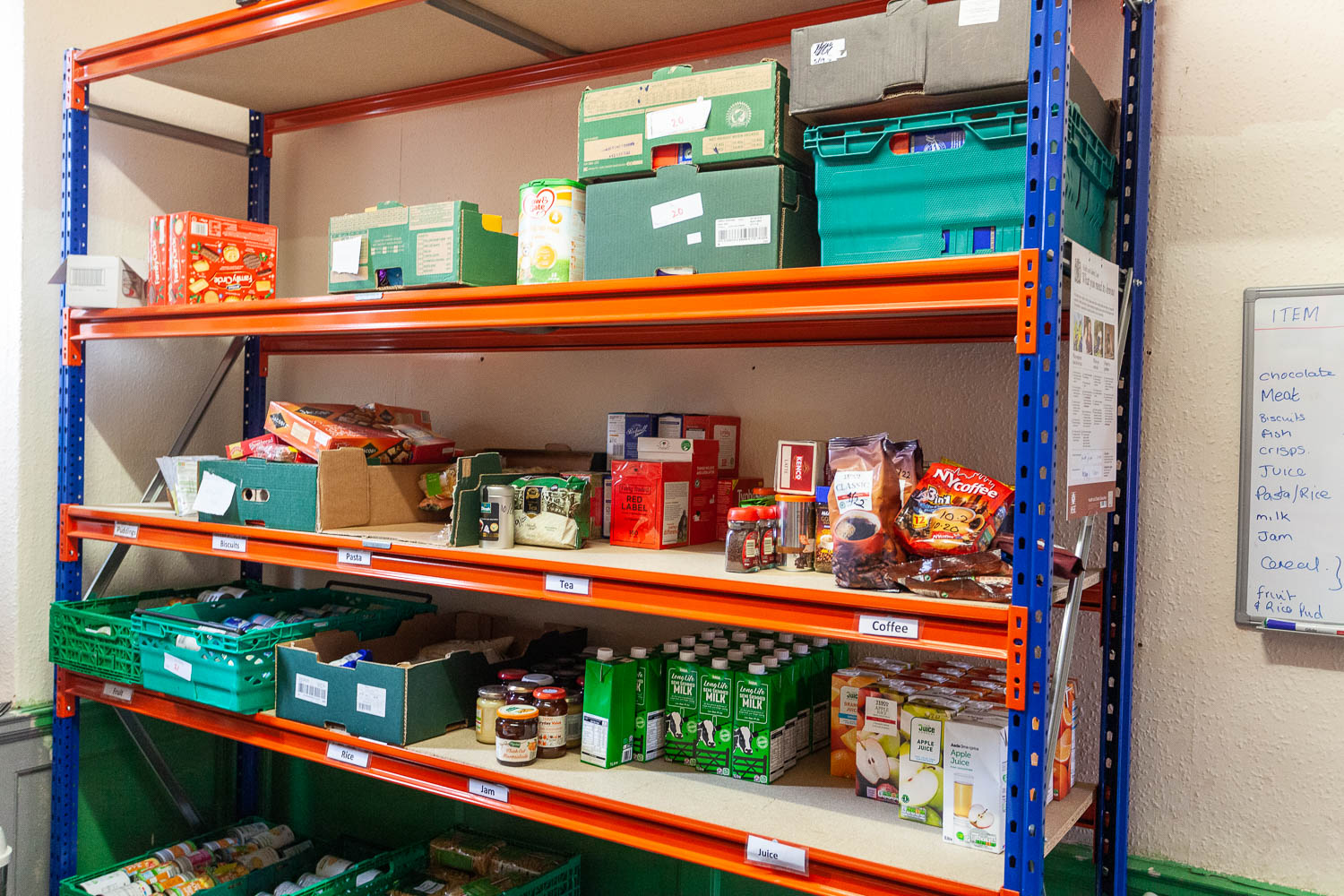