Meet our ordinands: Sandra Till 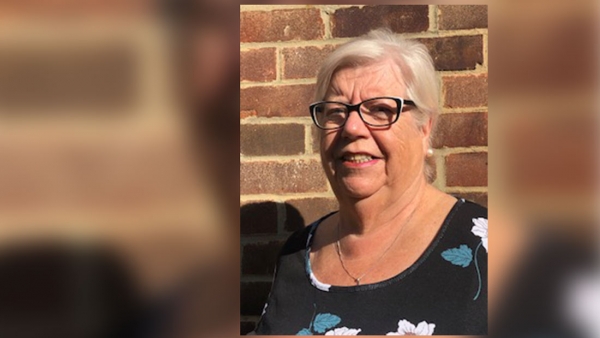 Sandra Till: to be ordained deacon in 2020

I have never seen him since, but my life changed from that moment.

Being an ordained minister was not part of my bucket list but when looking back at my life, a very emotional part of my discernment, I remembered telling the career advisor that I wanted to be a vicar.

I still have no idea why, seeing as the first ordination of women was a long time after I left school.

I “chose” nursing as my career and started work as a cadet nurse at the Derby County Asylum (Kingsway Hospital).

I knew I wanted to care for those who did not seem to be attractive to others in my group at pre-nursing school.

That desire has never left me and, I believe, ministering to those on the fringes of society is a big part of my calling.

I went on to specialise in caring for those with dementia needing enhanced care.

I never hid my faith and always felt that I had been sent to that role and that God was with me.

I discovered how much God was with me, when during one very heavy shift a staff nurse said to me: "It’s alright for you, you believe in God, I don’t."

My reply was: "It’s a good job that he believes in you." Those word were spoken through me, not by me.

When I became a Cub leader and attended church parades, I not only met other Christians who helped me develop a deeper understanding, I also met my husband Anthony.

We have been married for 34 years now, have three children and been blessed with seven grandchildren.

Anthony is also an ordained minister. I get very frustrated when people ask if that’s why I am going to be one; I try to explain that I have spent time trying to avoid God’s calling, despite many signs.

I finally knew, just like Jonah, I could hide no longer when, working as a hospital chaplain visitor, a gentleman came into the chapel and we sat and prayed together.

Favourite Bible passage: Psalm 46:10. "Be still, and know that I am God." When I’m chasing round and getting nowhere its nice just to breathe and say: "Be still and remember that God is with me."

Favourite hymn: Here I am Lord. My grandson used to come to church with me and completely surprised the family when he said he wanted to be baptised. He was only five and he chose this hymn for the service. That made it very special, and as I questioned my calling, “Is it I, Lord?” has been asked so many times.