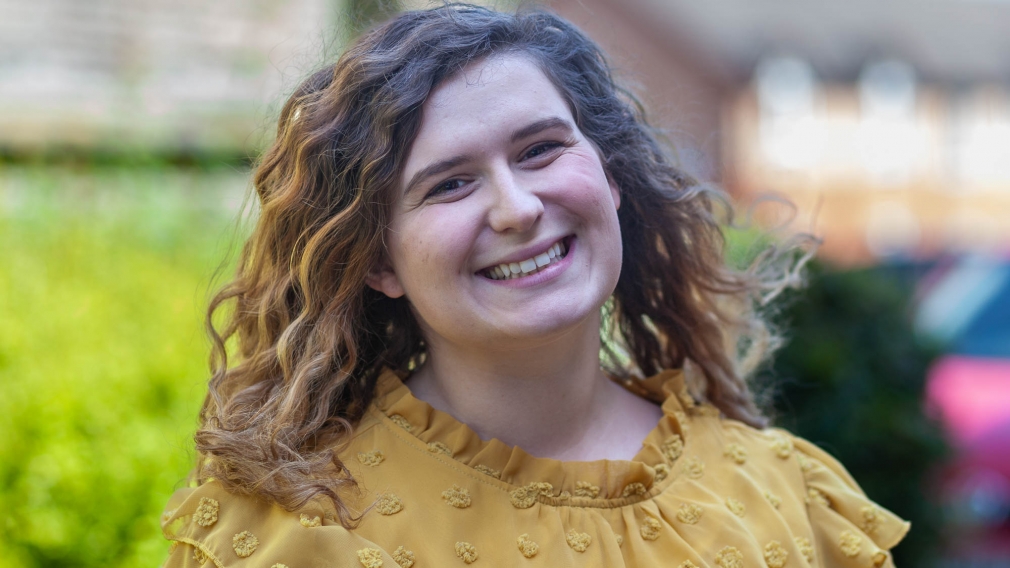 Cathie Watson: to be ordained deacon in July 2022

Hi I'm Cathie. I've lived in various places across the UK but this is my first time living in the Midlands.

I'm from South Wales but I've also lived in Surrey and most recently in Bristol.

Growing up I never would have dreamed of getting ordained.

The only female minister I'd ever seen was Geraldine Granger, the Vicar of Dibley! I thought that because it was a TV programme women vicars were also fictional as I'd only seen men in church leadership roles!

I remember once in the independent church I attended when I was 17 that the son of one of the elders was getting the chance to preach.

As one of the only other young people there I found myself thinking: "Why does he get to share the things God shows him about the Bible with others but I don't just because I'm a girl?"

But I quickly smothered that thought down because I was taught and genuinely believed that girls and women were not allowed to preach or teach if there were men around because it was sinful.

When I went away to university I saw a couple of women preaching for the first time.

Sadly, this was not an eye opening moment that it wa okay because they were not the most enigmatic preachers!

I thought it must be a sign that God doesn't want women to preach rather than than perhaps those individuals may benefit from extra training!

However, a few months later a friend of mine convinced me to go to the student version of Soul Survivor for the first time.

She was such a gifted communicator who preached amazing things about Jesus, I couldn't believe it.

But I still wrestled with the fact that proof exists (1 Timothy 2:12) and figured Ali must be an exception, not the rule.

Years later, after I met and married my husband, he was exploring ordination.

He kept telling me that I should be looking tooand used to leave copies of the ordinal around the house for me to read.

One day, when clearing up (a rare occasion!), a copy caught my eye and I decided to read it to see what Aidan was signing himself up for.

As I read it I couldn't understand why the ordinal was just for ordained people - surely all Christians are to live this way?

I said as much to him and to a lecturer at Trinity and they both confirmed separately that no, sadly not all Christians do feel called to this.

I started wrestling with God and felt very annoyed at him.

Me: "God, Why have you made me feel like the ordinal resonates so much and why give me certain gifts that could bless the church and world if I'm not allowed to as a woman!?"

God: "why do you think it's not okay for you to do these things as a woman?"

Me: "Because the Bible says so."

God: "Don't you think I know what the Bible says better than you do?"

God: "Go read and listen to what other Christians who accept women in Christian leadership say the Bible says and then let's talk about this some more."

Me: "Bit pointless because I already know what it says but okay…"

That day I found a talk from a previous Soul Survivor festival where Krish Kendiah simply laid out different bible passages side by side which complementarians and egalitarians draw their understanding from.

I had no idea there were so many Bible passages and examples of Jesus' treatment of women that affirmed women in leadership.

As I heard them side by side, I was increasingly gobsmacked.

I distinctly remember that when he read out Galatians 3:28 - "There is neither Jew nor Greek, there is neither slave nor free, there is neither male nor female; for you are all one in Christ Jesus" - that I felt like a bolt of lightening of understanding go through me from holy spirit.

I wept with inexpressible joy, peace and freedom. I felt God say "I told you so, now I want you to use those gifts and calling for me."

The road since then has been strange with a mixture of highs and lows.

After completing my time at Trinity College Bristol, having my son during that training, and my husband finishing his curacy in Bristol, I'm so excited to get to serve Jesus in an ordained capacity at St Werburgh's Derby (STW).

I'm looking forward potentially to a Church plant as part of my curacy along with helping university students grow in faith and confidence in the gospel and to show Derby that the gospel is good news for all.

Favourite Bible verse: I don't actually like to pick out individual verses because I think the lack of context can confuse or muddy the meaning! But for the sake of this I'd probably go with Phil. 4:6-7: "Do not be anxious about anything, but in every situation, by prayer and petition, with thanksgiving, present your requests to God. And the peace of God, which transcends all understanding, will guard your hearts and your minds in Christ Jesus."

Favourite Christian song: I'm going to cheat and use two - Good Good Father by Chris tomlin because I'm always reminded what a good Father God is and Reckless Love by Cory Asbury because I think it's a great proclamation of truth about God's love for us. Cathie explains why she grew up to think that women could not be priests. See More Jo has a particular interest in the church’s response to refugees and asylum seekers. See More Fiona, who studied Jewellery and Silversmithing at art college, came to faith through an Alpha course. See More Womble-loving Fay has been carrying her call to ordination for more than two decades. See More Elliot always felt called to ordination but assumed that either he or God had got it wrong! See More Rhiannon is a former physiotherapist working with children with disabilities. See More Lisa left her RAF job of 28 years to answer her call to ordination. See More Sam has previously had a particular focus on disability theology. See More Is God Calling You?

Explore your calling with us. See More