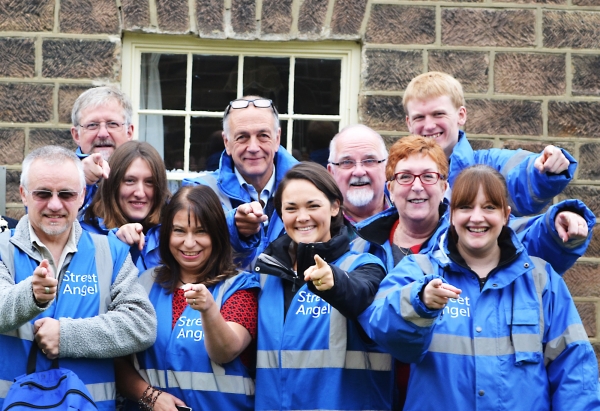 There are a number of nightmare scenarios on a Friday night out… losing your keys or your wallet, losing your phone, having one too many, feeling down, feeling ill.

But if you have one of these problems in Belper, help probably won’t be too far away as some real-life angels keep watch.

Belper Street Angels are usually fairly close at hand – and it’s their mission to help those in distress. The Angels have been around since 2012 and their coordinator is retired vicar, Revd Tony Ward.

He said: “Essentially, we’re a bunch of volunteers who are out on the streets of Belper on a Friday night and early Saturday morning and we’re seeking to support people in any way we can with whatever needs they have.

“Those needs that maybe a teenager has thrown his mobile into a bush because he’s been dumped by his girlfriend, or someone who’s so drunk they’ve fallen onto the pavement and needs help, or someone has lost their keys or can’t walk in their high heels and we need to give them some flip-flops. It’s hugely diverse.

“But drunkenness and the effects of it is only a small part of what we do.

“Some people just need to talk – and we enjoy engaging with them. We’re not evangelists, we’re not preachers – we’re just there to help.”

That help can include checking on those sleeping rough, providing a space blanket to someone who is feeling ill or someone who wants the reassurance of having someone escort them to their car.

Tony believes that just having a presence on the streets is helpful and in some cases a deterrent to possible bad behavior or crime. But the Angels are neither vigilantes nor a substitute for the police. There are 22 signed-up Angels at the moment, and they come from all walks of life and a variety of faiths – there is no requirement to be a Christian to be a Street Angel, but the organisation operates under Christian values. 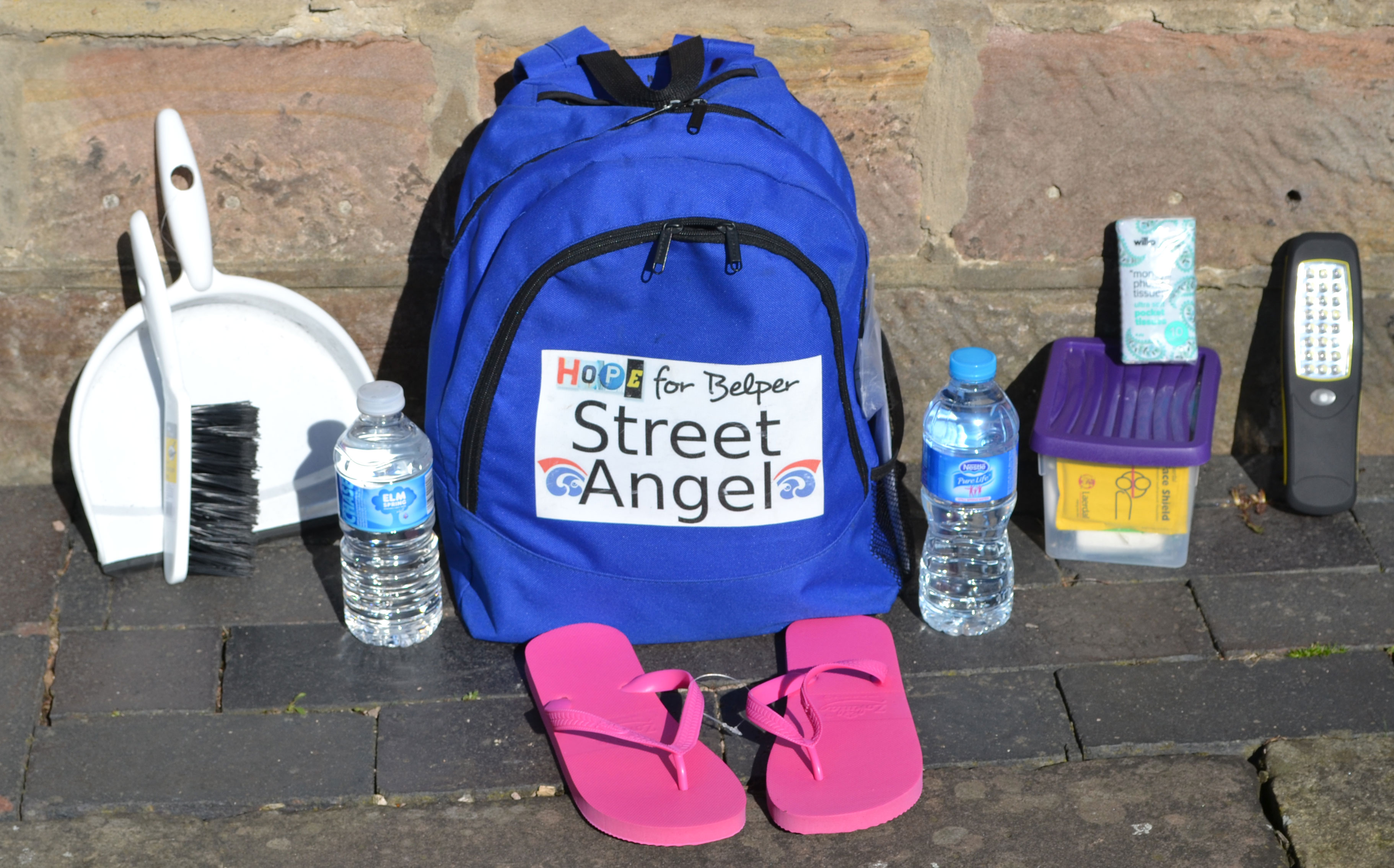 An Angel's kit - simple but effective!

Safeguarding and first aid are two of the courses Angels will undertake before joining the team on the streets. They always go out in threes and as a mixed-gender team.

They help clear litter as they go, too (they don’t want bottles being used as weapons and broken glass is never good) – Angels don’t like litter!

And if it’s a quiet night, there are always plenty of people to chat to – to relationships to be forged with people of all ages. Engaging with youngsters in the town’s estates is particularly useful as it means that when they get older and start going into town on Friday night, the relationship and trust are already there.

Fortunately, the running costs for the Street Angels are quite low, but they do need to have some basic equipment: water, space blankets, flip-flops, first aid kits and torches. The angels are grateful to Belper Town Council for an annual grant that helps with those essentials and running costs, and charities and churches have helped out with other capital costs.

“It’s great fun!” Said Tony. “You meet some lovely people. Almost all of them are good-natured and want to have an enjoyable night. It’s just that some of them need a little guidance and help – and that’s why we’re there.”

To find out more about the Belper Street Angels, visit hopeforbelper.com/street-angels/