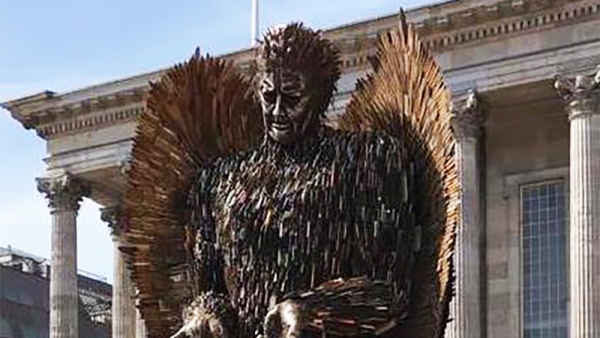 Derby Cathedral will host The Knife Angel when it comes to the city later this year.

Derby has been chosen to be one of the cities across the country to host the National Monument Against Violence and Aggression.

The spectacular 27ft sculpture, made from around 100,000 bladed weapons collected in knife banks during police amnesties across the country, will be based next to the Cathedral on Irongate, for 28 days in October.

The Knife Angel is being brought to Derby by a group of agencies and organisations across the city, including: Derby Cathedral, Derbyshire Police, Derby City Council, Police and Crime Commissioner Hardyal Dhindsa and University Hospitals of Derby and Burton NHS Foundation Trust.

Among those supporting the Knife Angel coming to Derby is local woman, Rachel Webb.

Later that year, Rachel supported an amnesty held across Derbyshire and knives from this amnesty were donated towards the creation of the sculpture.

Rachel said: “I am thrilled to learn that the Knife Angel is coming to Derby. It’s an emotive thought-provoking monument, which is helping to educate and raise awareness of the increasing knife crime epidemic on Britain’s streets.

"As a mother who has personally been devastated by the murder of my beautiful son, Tom, I am deeply grateful to the many organisations and individuals involved in bringing the Knife Angel to our community.

"It’s my hope that the Angel will encourage open conversations in homes, differing community groups and schools, helping our young people to understand the horrific consequences of carrying and using a knife.

"I, like so many other murder victims’ families living daily with such unmeasurable pain, have inscribed my son’s name on a blade on the Angel. Tom’s name is surrounded my many names, lives also taken due to unnecessary acts of violence.

"I feel that the Knife Angel stands tall in honour of all our dearly loved and missed, it is also a beacon of hope lighting the way forward for much needed urgent change." 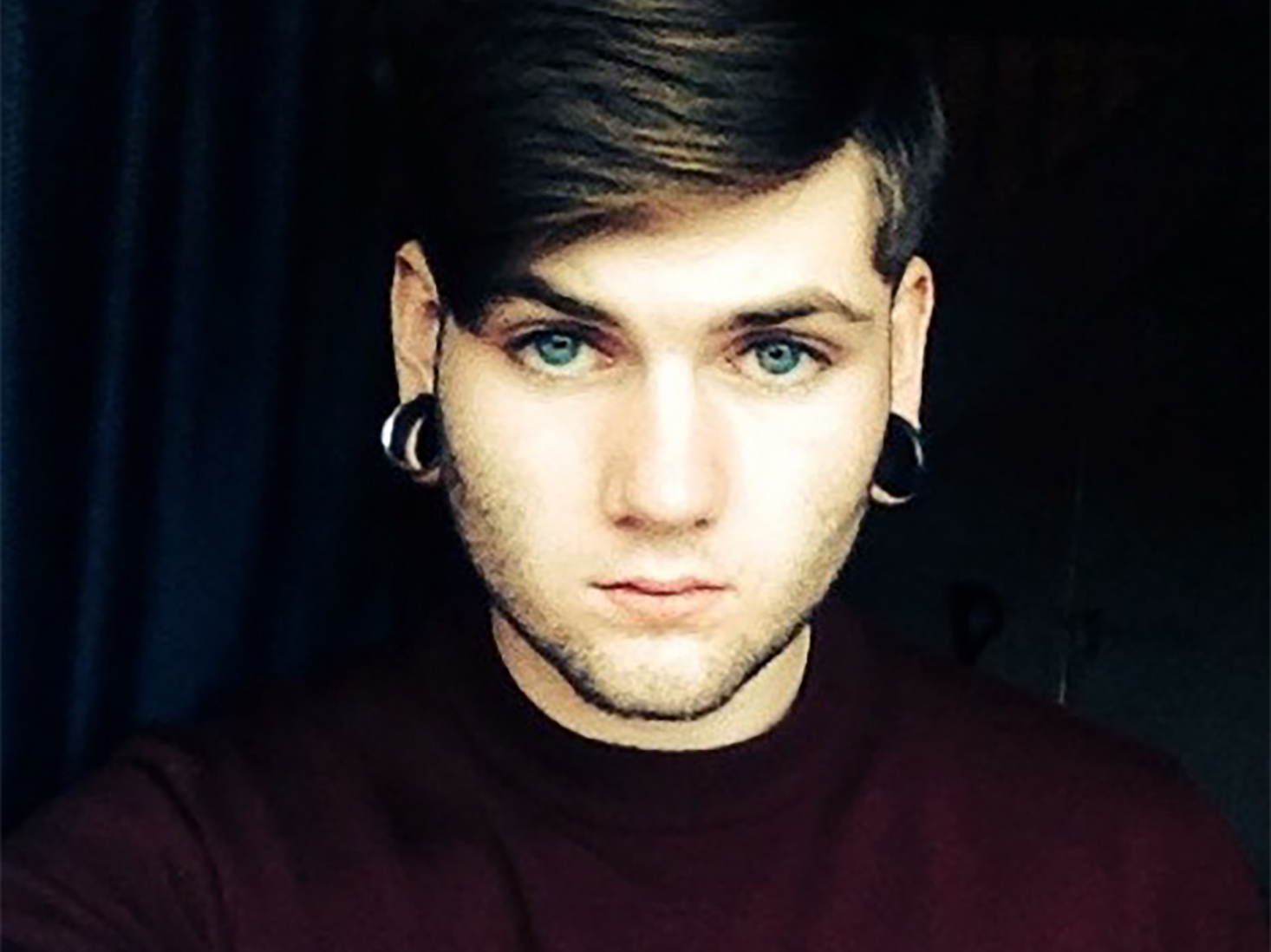 Created in collaboration with all 43 police forces, the Home Office, Anti-violence groups and hundreds of families who have been affected by knife crime, the monument is a symbol of the nation’s intolerance to violence and aggression.

It was created by sculptor Alfie Bradley and the British Ironwork Centre to highlight the impact knife crime has on people, families and communities.

Relatives of those killed by knife crime were invited to engrave the blades with names and messages for their loved ones as part of the sculpture.

The Dean of Derby, the Very Revd Dr Stephen Hance said: "It's a powerful piece which takes some of the darkest things that are going on in our society and gives us a way to handle the violence in our world and also, in a way, the violence in our own hearts, and to see beauty and hope that lies beneath and beyond.

"Knife crime is happening all over the nation and every one of those stories is an absolute tragedy for a family, for a young person whose life is either lost or has it changed for ever by the experience of being a victim of crime, and indeed for those who perpetrate the crime and are in the gangs that support them.

"I think Rachel is enormously courageous in taking the almost imaginable pain of her own life and stepping out in the hope that other parents may not experience what she has been through." 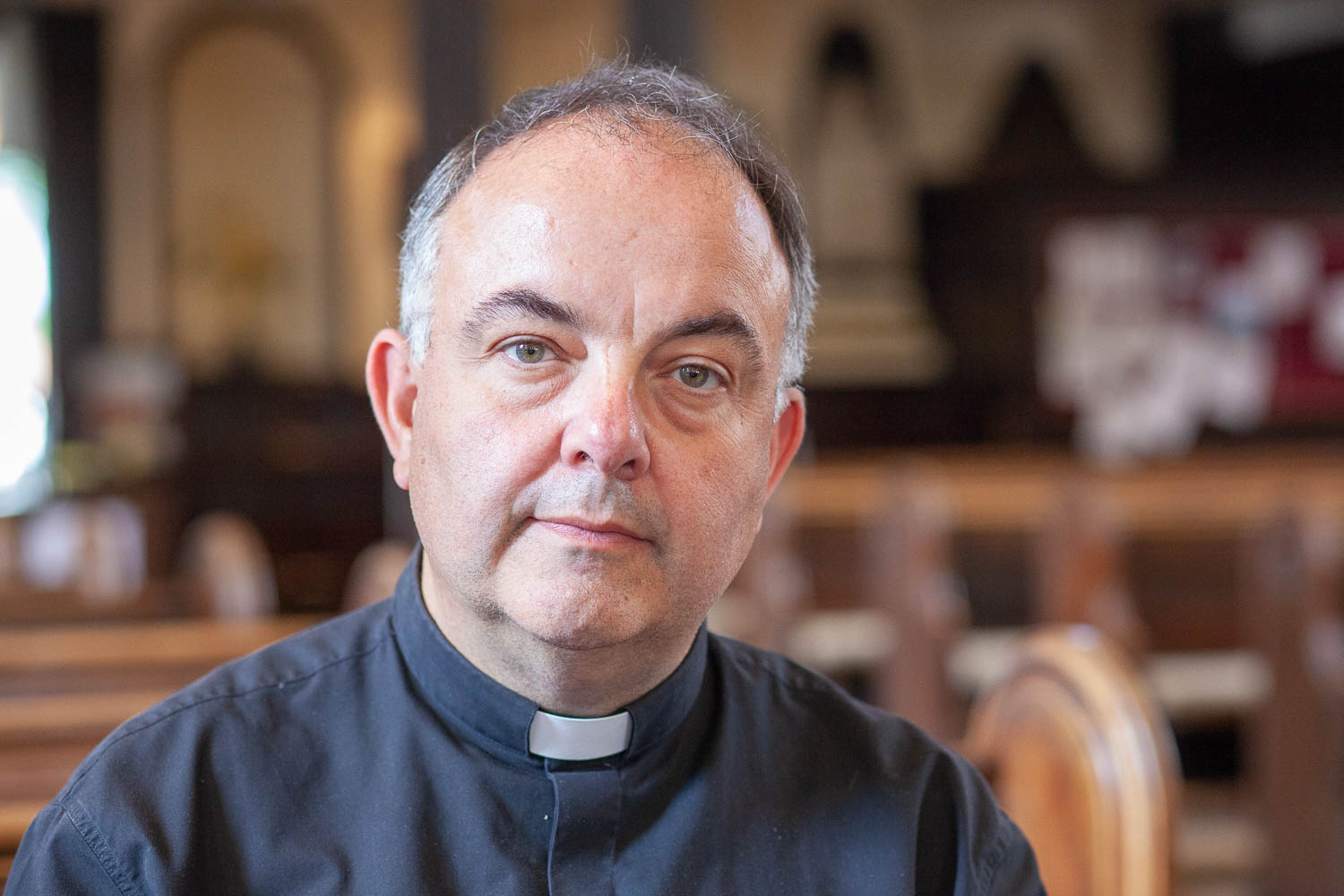 It is hoped that the Knife Angel will be used as a catalyst for a range of activities, particularly aimed at young people, to divert them away from knife crime and violence.

The exact date for the arrival of the Knife Angel is being finalised.

The organising group are grateful to a small group of local business who have offered their help and expertise, including:  Bowmer and Kirkland, Mercia Image Ltd, Greendog, Work Wallet, QSC Signs and Graphics, Total Hire and Sales, G Wathall and Son Ltd and Silver X Logistics.

They are also keen for other volunteers to be involved in the project, particularly in being able to act as information marshals at the sculpture. Full training will be provided and anyone interested is urged to make contact.