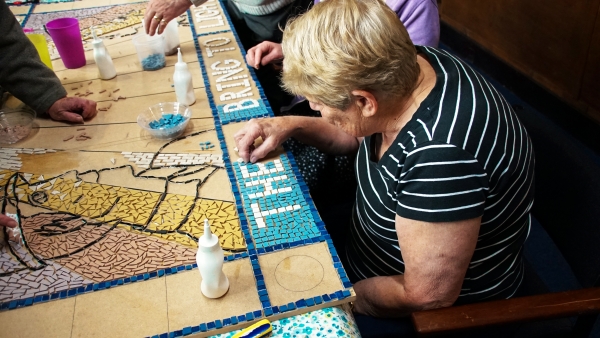 In a town where so many of the residents have a connection with mining, St John the Baptist Church in Clowne is to pay a lasting tribute to the memory of the mining community with a bespoke, locally crafted mosaic.

Once completed, the mosaic will be installed on the front of the altar of the church’s Miners Chapel – which, until recently, stood unused for many years.

The church has been working with local artist Coralie Turpin, Junction Arts, local schools, Clowne Local History Society and Clowne Parish Council to help design and create the piece, and the project has received £2,000 from Tesco’s Bags of Help community grant scheme.

The mosaic is being made by local volunteers

Rector Bryony Taylor said: “The wording on the mosaic is taken from the book of Job, chapter 28, and it says about miners: "hidden things they bring to light".

“The theme of the mosaic is a shaft of light coming down - the light of Christ. Depicted are a miner on one side and a nurse on the other. The nurse is a nod to one of our parishioners, Iris Pettitt who was a nurse at the time of the Creswell Colliery disaster in 1950, which led to our chapel being dedicated to the memory of those men from Clowne who died.

“Iris nursed the injured on the day of the disaster in the hospital at Worksop. We wanted to include the lives of men and women in the mosaic.

“The bible verse we've chosen has a double meaning as the aim of the mosaic is to bring to light the hidden stories of Clowne, to inspire families to share their own stories and pass on our memories of mining to the next generation."

The finished mosaic will be on display on Saturday, 22nd June at Clowne Mining Festival, where there will also be an exhibition of mining heritage inside the church, alongside lots of stalls and entertainment.

The festival is open from 10am to 3pm. 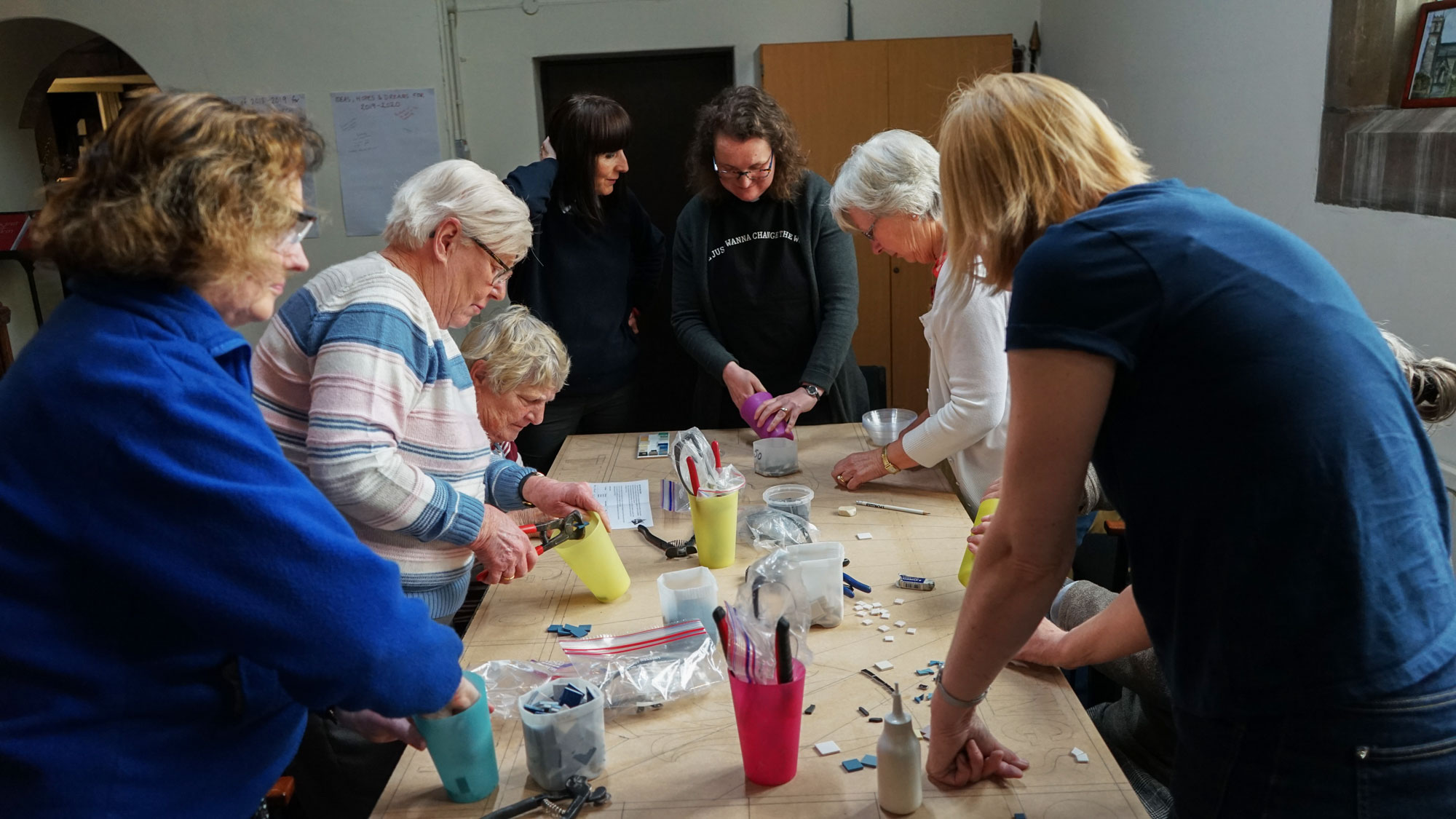