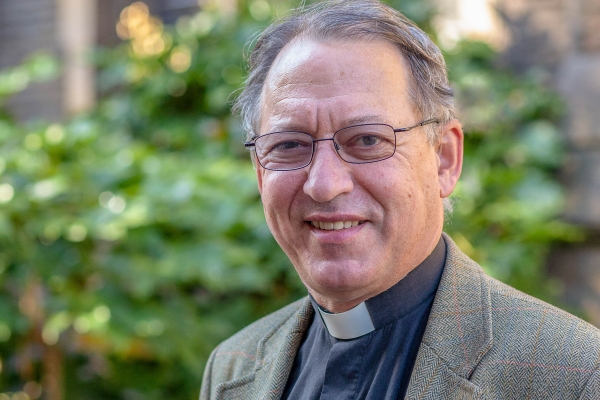 The end of 2020 saw the Venerable Dr Christopher Cunliffe bid farewell to the diocese after 14 years as the Archdeacon of Derby.

At a special Evensong at Derby Cathedral, he was joined by members of his family, colleagues and friends. The service was also streamed online.

In his sermon, Archdeacon Christopher said: "Fourteen years ago, standing in the pulpit here to preach the sermon at my installation service, I looked out over a sea of unfamiliar faces, broken by the occasional welcome outcrop of recognition.

"Now, in rather different circumstances, I feel surrounded and upheld by friends and colleagues, even if the encouraging smiles are more difficult to determine [because of the need to wear face masks].

"Thank you for being here, whether in person or online and for the companionship and patience you, and the people you represent, have afforded me over the years."

He was presented with gifts from the diocese and the cathedral. 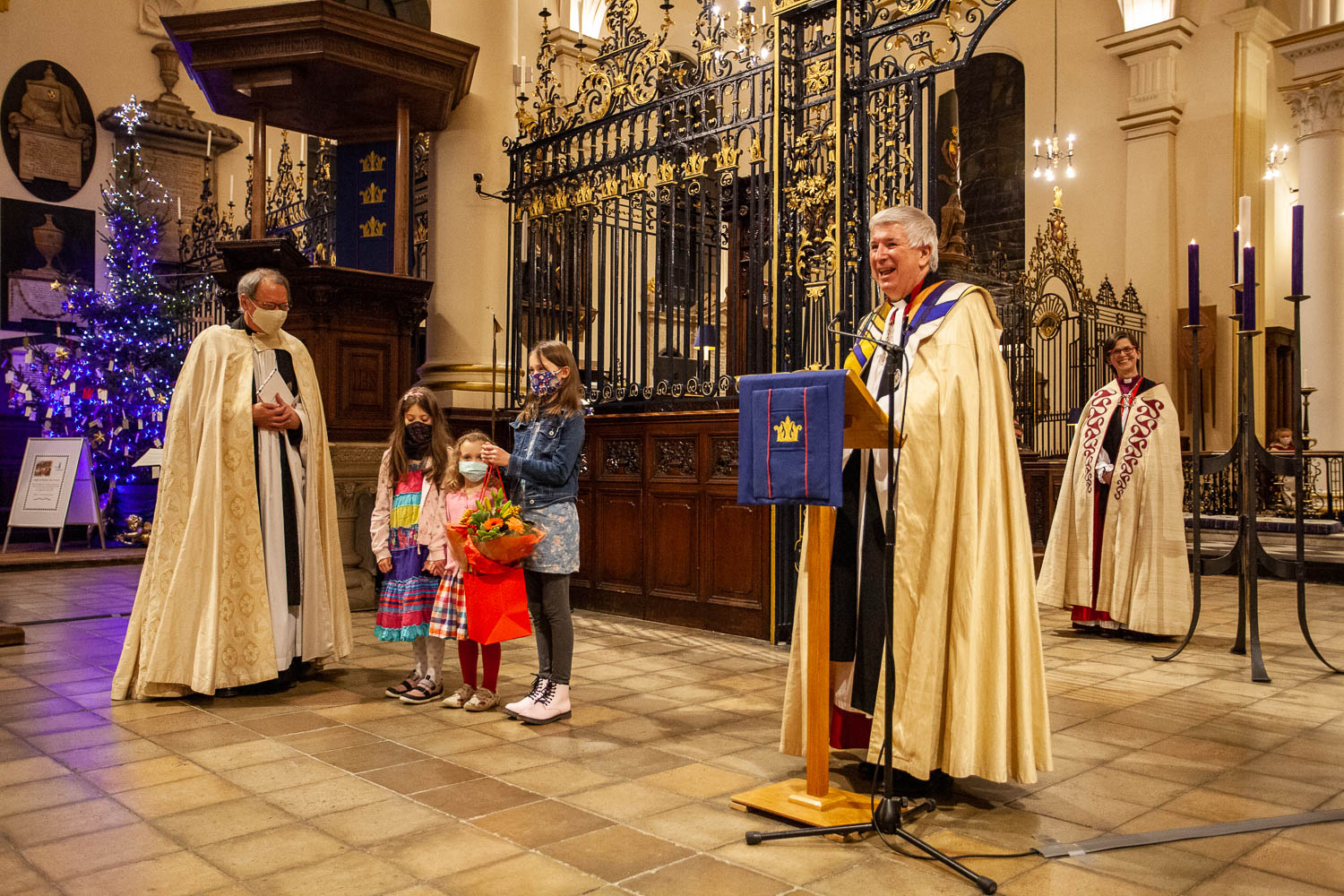 Peter Robinson, the Dean of Derby, thanks Archdeacon Christopher for his service and enlists the help of Christopher's grandchildren to present gifts from the cathedral

Bishop Libby thanked him for his "extraordinary and dedicated service" to the Diocese of Derby.

She also recorded one of a series of videos, made by colleagues past and present, in tribute to Christopher.

Recollecting his collation as Archdeacon of Derby in 2006, Christopher said: "It's the longest time I have been in a job. Most (within the Church) are fixed-term contracts - but it has given me the time to develop relationships which has been extremely important."

And using the words of Jonathan Bailey, a former Bishop of Derby, he described the diocese as a "diocese at ease with itself".

He said: "Being an archdeacon is very much a behind-the-scenes job. It is hard work but you are working with people who, if you take time with them, are incredibly amenable - they are intensely loyal to the parish church.

"The main part of our role is to help clergy be equipped for mission. In that respect, archdeacons aren't fathers or mothers like some senior clergy - instead we are the elder siblings."

Christopher began his ordained ministry in the Diocese of Derby. He was Assistant Curate at St Mary and All Saints Church in Chesterfield (the Crooked Spire) from 1983 to 1985. 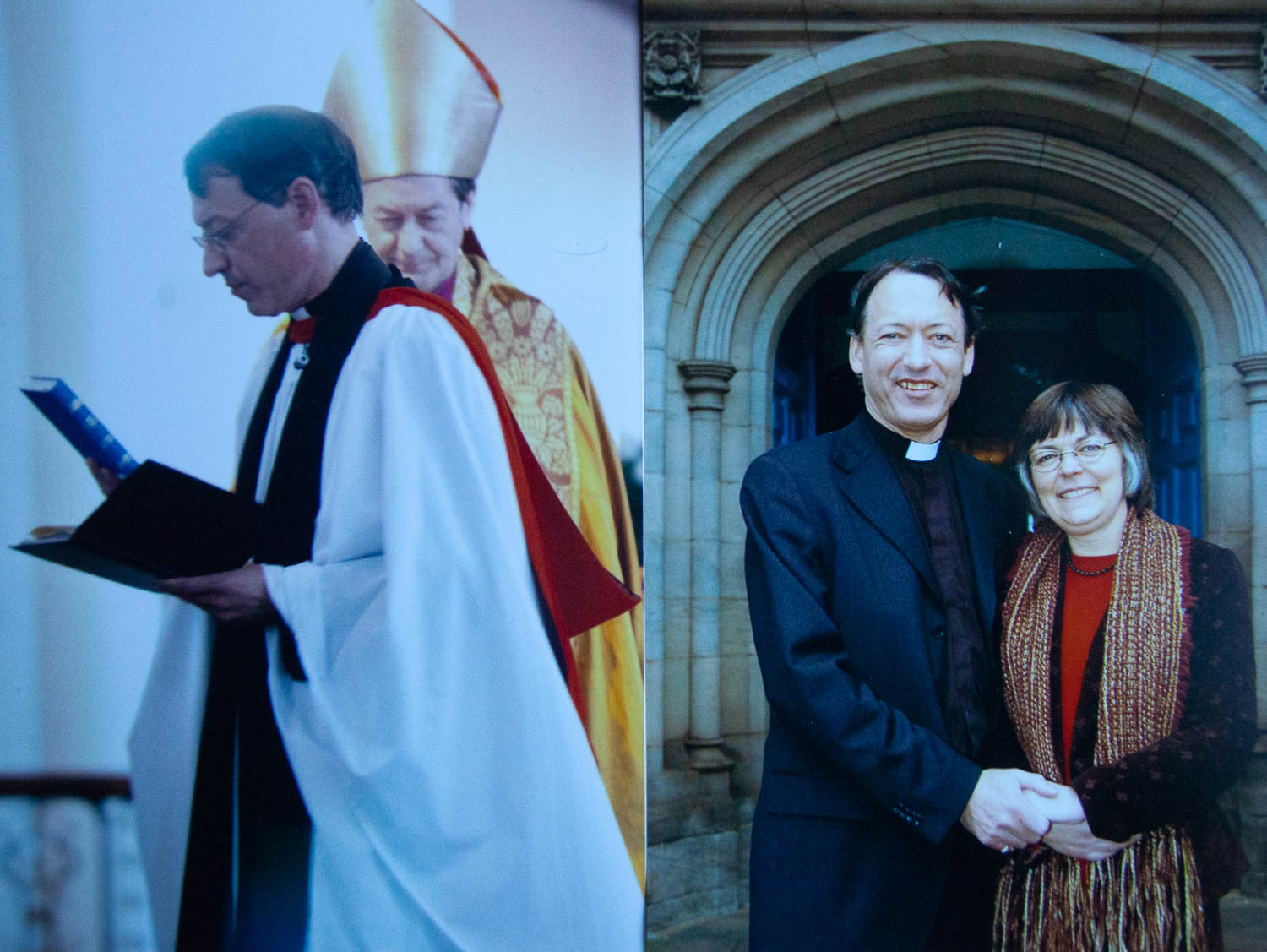 He worked alongside his wife, Helen, who was also a curate at the church in one of the first job-share arrangements in the Church of England.

In 1991 he took a post in the Church of England’s Advisory Board of Ministry, which involved co-ordinating vocation and selection conferences for people seeking ordination.

Christopher and Helen, a former archdeacon, have two grown-up sons, Edward and Jacob.

Christopher is a keen historian, with a doctorate in the subject and a continuing interest in research and writing.

He also has an interest in African history and culture, and until recently was Chair of MANNA (Mozambique and Angola Anglican Association).

His association with Africa came about in the 1990s when Helen, then as chair of USPG, took a sabatical in Zambia - and they were both bitten by the African bug.

They also visited Uganda and, in 1991, Christopher went to Mozambique through the Diocese of London.

In 1998 he was invited to becom the Chair of MANNA.

Drawing a comparison between the way the Church works there and here, Christopher said: "Angola is a country of 24 million people, though only around 150,000 Anglicans. But in some repects they are way ahead of us.

"There, they try not to emulate the English model of a diocese - they try to do things differently.

"For example, I remember one parish wanting to rebuild its church and the presentation on behalf of the PCC was given by a 15-year-old - many church officers there are in their teens or their 20s or 30s.

"It certainly helps give a different perspective on things." 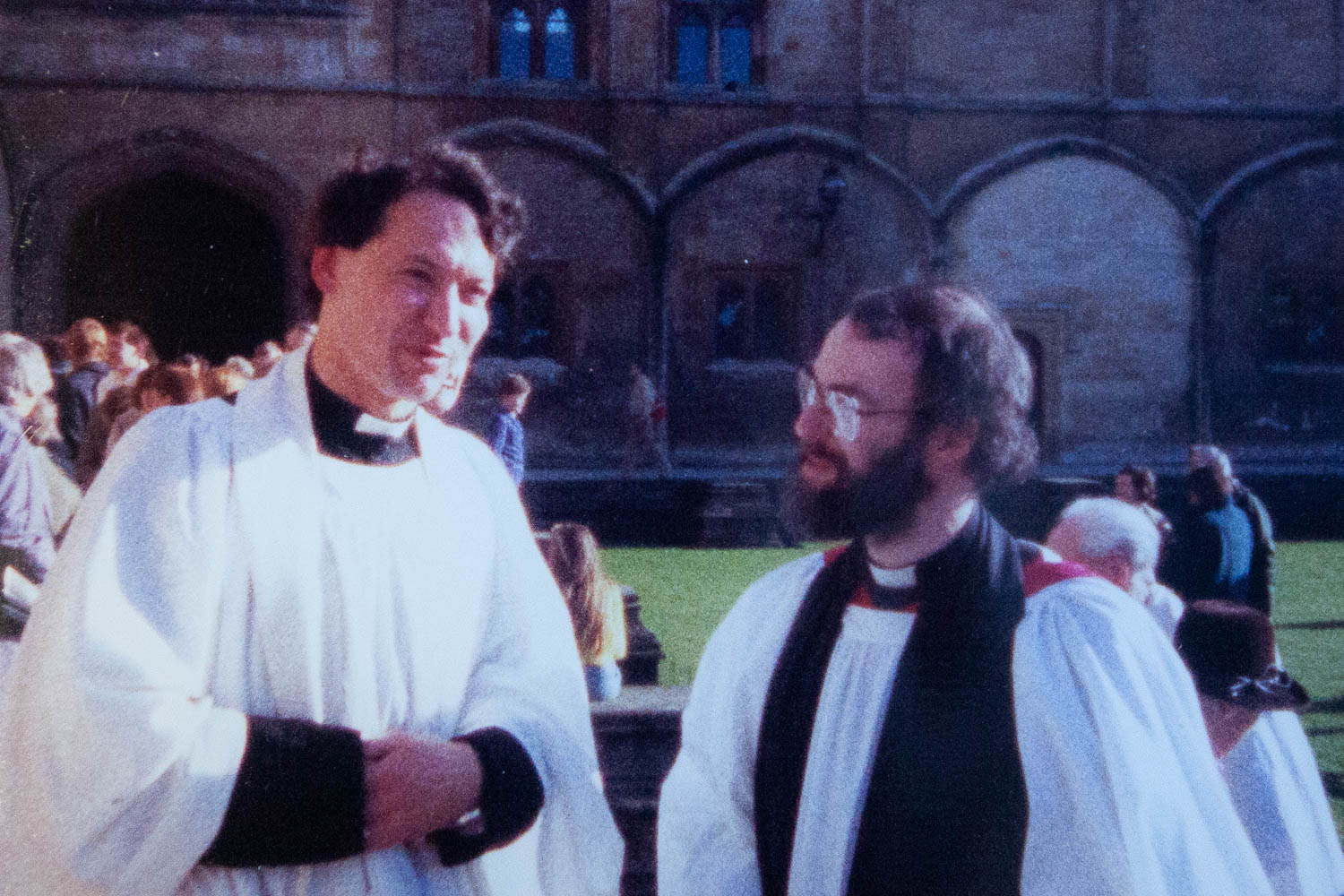 A young Christopher Cunliffe with and equally young Rowan Williams, later to become Archbishop of Canterbury

Christopher and Helen will live in Carmarthenshire, Wales, in the Diocese of St David's. Christopher said: "I don't speak Welsh even though we have had a house there for ten years.

"We were also there when the first lockdown was announced earlier this year, so that is where we had to spend it."

In his retirement, Christopher aims to finish a book he started to write a while ago and plans to take up fly fishing, something he has "dabbled with" in the past.

He said: "There is much about Derbyshire and the Diocese of Derby I will miss - I have always felt at home at the churches I have visited.

"Whilst it is important to pay attention to the organisational and financial aspects, at a parish level life goes on and that is where the important work relating to communities and pastoral care etc, is done.

"This could actually be a time of significant change for the Diocese of Derby.

"The diocese knows what it is doing and is doing it well.

"Keep up the good work!" 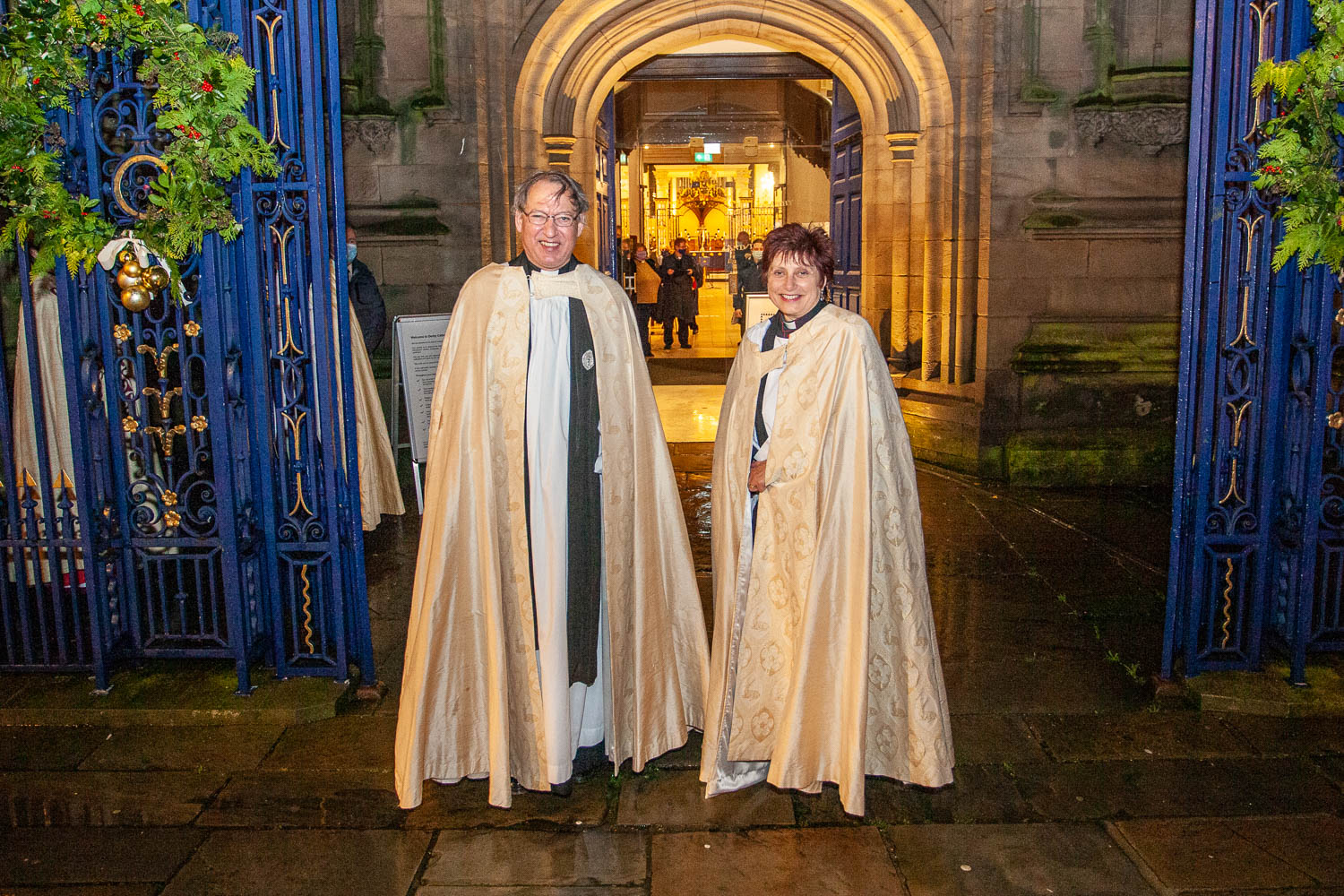