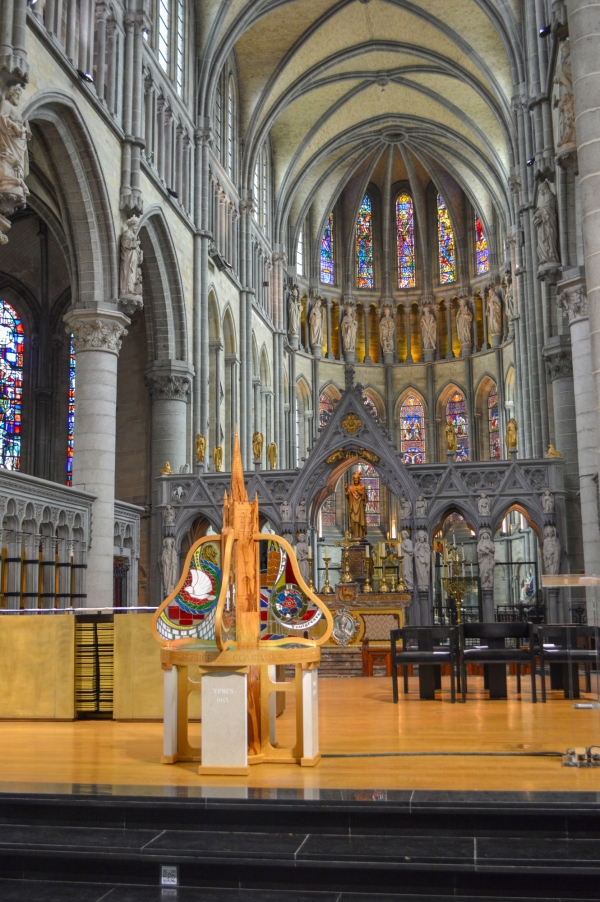 When Youlgreave first started to consider how to remember the First World War 100 years on, little did the villagers know how the project would develop.

All Saints’ Church, together with St Michael and All Angels, Middleton by Youlgreave, formed The Youlgreave 1914-1918 Community Group, and the idea of a memorial was born.

It would be a sculpture in memory of the 24 local men who lost their lives in the First World War.

Within All Saints’ Church is a memorial window to a local soldier who was killed in action in Gallipoli in 1915.

His elder brother (Captain Charles Waterhouse, 1st Life Guards) had collected some stained-glass fragments from war damaged St Martin’s Cathedral and other churches in Ypres where he had been serving, and with the permission of the relevant authorities had brought them back.

The memorial would also contain soil from the battlefield at Ypres and from the highest point in Youlgreave.

The finished sculpture is in two halves, is around 2 metres tall and features the spire of Ypres Cathedral and the tower of All Saints Youlgreave. 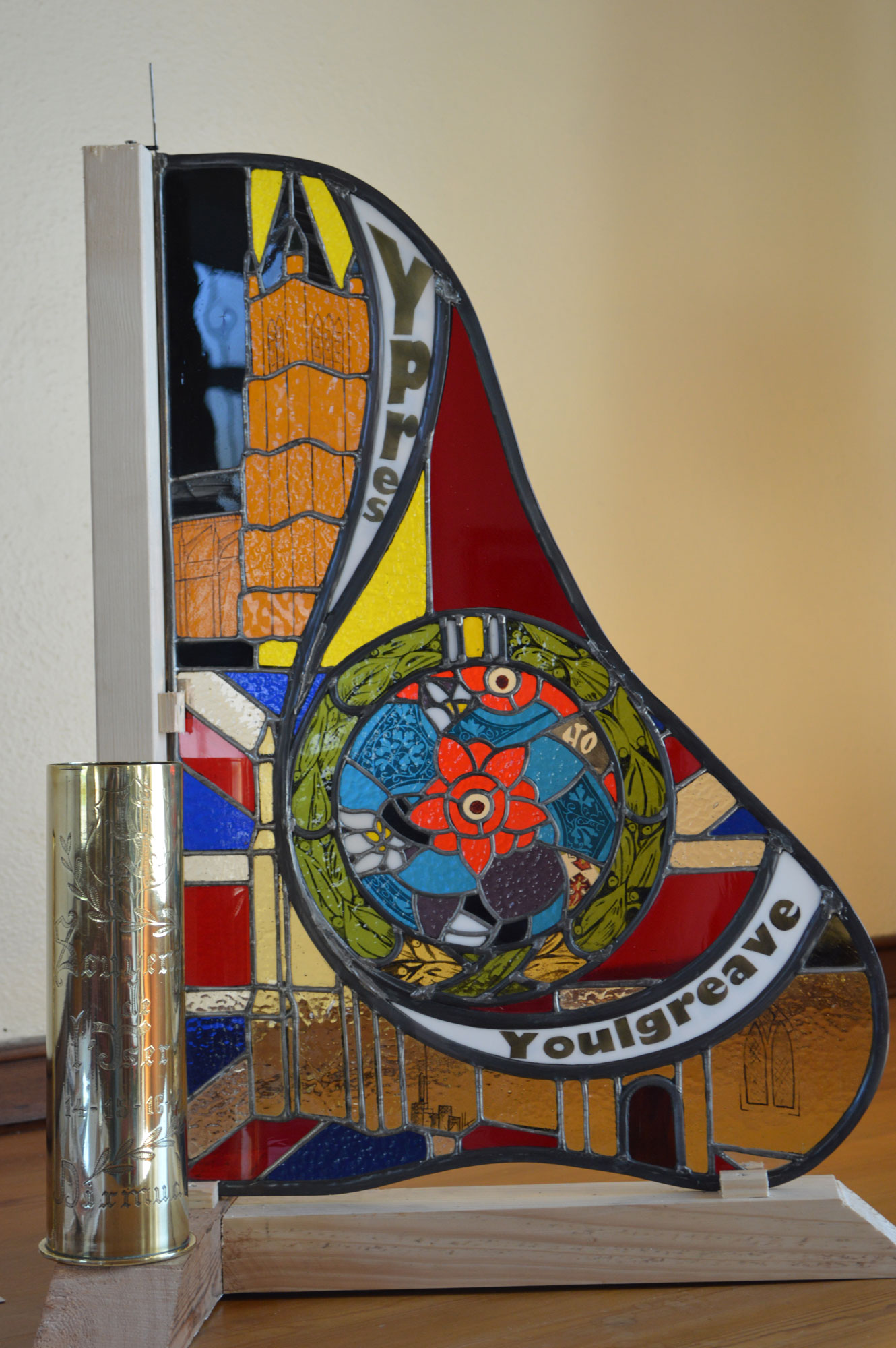 They sit on an oak-framed, stained-glass table mounted on four limestone plinths, which come from Hopton Wood Quarry. The stained glass is lit from below.

John Cooper, who first noted the circumstances in which the glass was brought back said: “We’ve used a lot of local skills in this project, wood had to be carved, the memorial needed to be assembled and stained glass had to be made.

"In fact, we trained people to make stained glass as part of the project! Also, schoolchildren in the village had a lot of input on the design ideas for the glass.”

The project was a real community effort, supported by individual, groups and local businesses.

Fast forward to August 2018. After endless hours of painstaking work, the memorial was taken to St Martin’s Cathedral in Ypres along with 86 people from the community.

John said: “They were so welcoming! They were really impressed with the design and the amount of work that had gone into the symbolism of the memorial.

“Our party included the Youlgreave Silver Band, who played at the Menin Gate Memorial and at the Cathedral, and local bell ringers, who played a full peal at St George’s, just across the way from the cathedral.

“We were asked to set up the memorial on the high altar, invited to take part in their communion and Rev Louise Petheram gave an address.”

One half of the sculpture will remain in Ypres; the other has been returned to Youlgreave.

It’s hoped that, every so often, the two halves can be swapped over as a continuing reminder of the link between the two places.