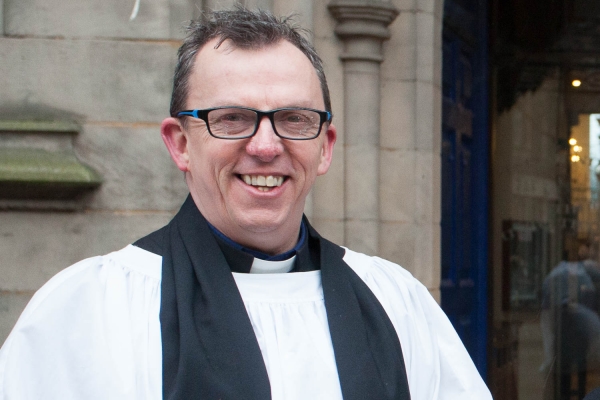 The Bishop of Derby's office has announced that a Thanksgiving Service for the Revd Ian Mountford will be held on Thursday, 9th January at 12.45 pm at St Alkmund’s Derby (DE22 1GU).

Refreshments will be provided in the church hall. Any donations will go to the Nightingale Macmillan Unit – Royal Derby Hospital.

He was Associate Priest of Derby St Alkmund and St Werburgh from 2014, Vicar-designate of the same benefice (Derby), previously Curate of Chilwell 1996-2000 (Southwell) and Team Vicar of Thame 2000-2014 (Oxford).

The congregations at St Alkmund's, where Ian worked, was informed on Sunday.

He said: "He was a fantastic person to work with and greatly loved by everyone in the congregation and by all those in the Diocese that knew him.

"His heart for telling people about Jesus was magnificent and even in his final weeks in the Macmillan Unit he would take time to talk to the staff about Jesus and hhis faith.

"We were great friends as well as colleagues - this is a great loss and all those who knew him will treasure the memories they have."