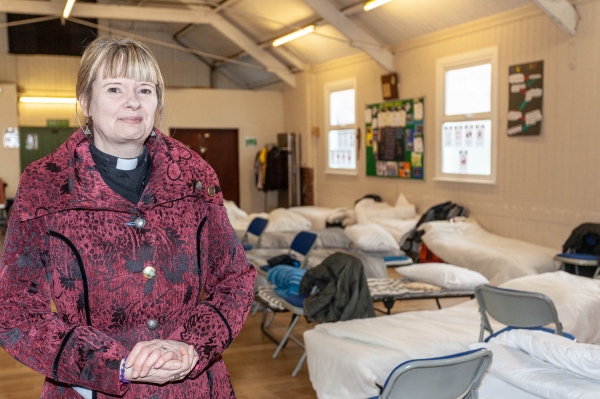 The Revd Christine French at the Ilkeston Winter Shelter, which has been a warm, safe haven for homeless people since Christmas Day.

Ilkeston's first Winter Shelter is proving to be a huge success.

Based at St John's Church, Ilkeston, the shelter was originally set up to sleep 12 people each night - but demand has meant that number has expanded to 17, plus a dog, during the freezing cold nights at the end of January.

Guests not only get a warm bed for the night, they also get hot drinks, supper, breakfast and a lunch bag. They get access to a shower and the offer of clean clothes and a warm coat.

And the icing on the cake is that the shelter has helped some of their guests to re-engage with housing facilities and find a new home.

According to Associate Priest, the Revd Christine French, the whole community has pulled together to make it work and to keep people safe and well.

Christine said it all started with a public meeting: "I thought if we got around 12 or so people we'd be doing well. We got over 50!

"We realised then that the community said 'yes - we want to get behind this and we want to do it.'

"The PCC is about half-a-dozen people. They said 'we've got no money, no time, no people to give you - but we have a got a hall so please use it.'"

Then the fundraising began. Grant and donations came from local councils, Foundation Derbyshire and online fundraising campaigns. Local churches and schools raised funds and held events and local people contributed in a whole manner of ways.

In a surprisingly short amount of time, the bank balance stood at £27,000.

Money, of course, is important - it allows the shelter to have two paid members of staff on duty each night and to pay for water, gas and electric. 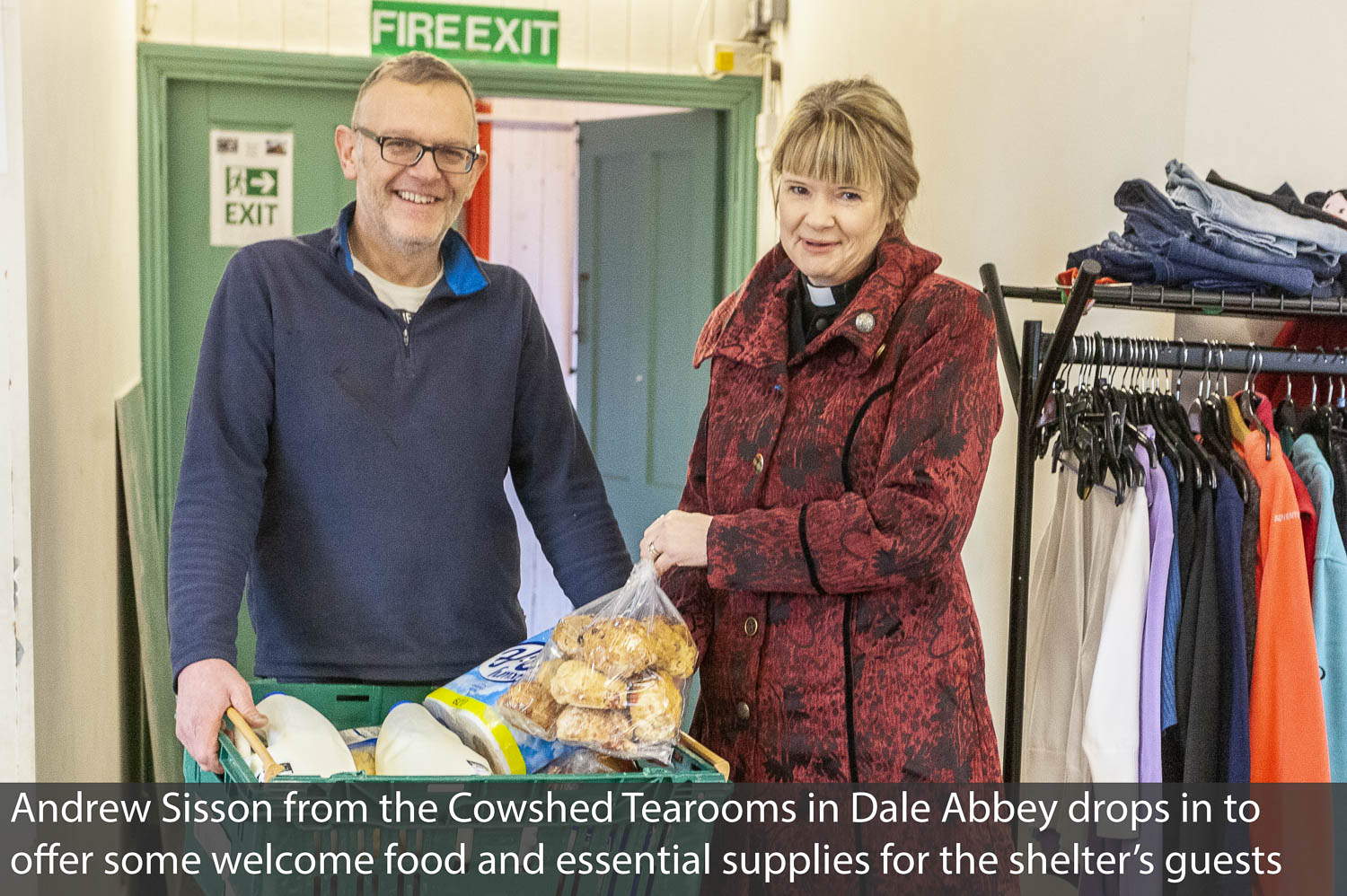 Food, beds, bedding and other equipment have all been donated - local supermarkets, restaurants, farm shops and residents have all come forward to do their bit.

One school raised money to buy vouchers for Greggs, which Christine says is great because you know then that the money will be spent on food and not on alcohol or cigarettes, for example.

Addictions and mental heath issues are common among a number of the shelter's guests - hence the need for trained staff to be on duty.

But Christine says that for others it's just a case of bad luck or making bad choices: "We've got one regular guest who six months ago was married - wife, two children and a job. Within a couple of weeks, his marriage fell apart and he also lost his job.

"So in a matter of a couple of months he'd gone from having an income and a family to having nothing; living on the streets and being homeless."

For some, though, their time spent at the shelter has put them on the road to having a new home: "For some there have been barriers which have stopped them re-engaging with housing services.

"But by talking to them, getting to know them and them trusting us, we've managed to remove some of those barriers for some people."

Melvin is one such example. From being a guest, he now has a flat - thanks to the efforts of the shelter and housing services. The flat was also furnished, again thanks to people on the shelter's Facebook group rallying round and finding decent, serviceable furniture.

And there was an extra bonus for Melvin.

Christine explained that his daughter saw a picture of his dogs on Facebook and recognised them. She got in touch to say that she was OK and was in hospital, about to have a baby: "So the next night, we had the real privilege of telling him about his new granddaughter. He didn't know that, when we went over to see his flat, we'd also arranged for his daughter and his granddaughter to come over. So he got to hold his new granddaughter in his new home."

But for Christine and the other shelter staff, the worst is to come as the project - and therefore the shelter - will close on 1 March.

Christine said: "I'm going to be in tears when we close the door then, knowing there is no other evening provision.

"It's going to be hard, but we have to thank God for what we have done.

"We are working with so many different housing agencies to get people back into accommodation. 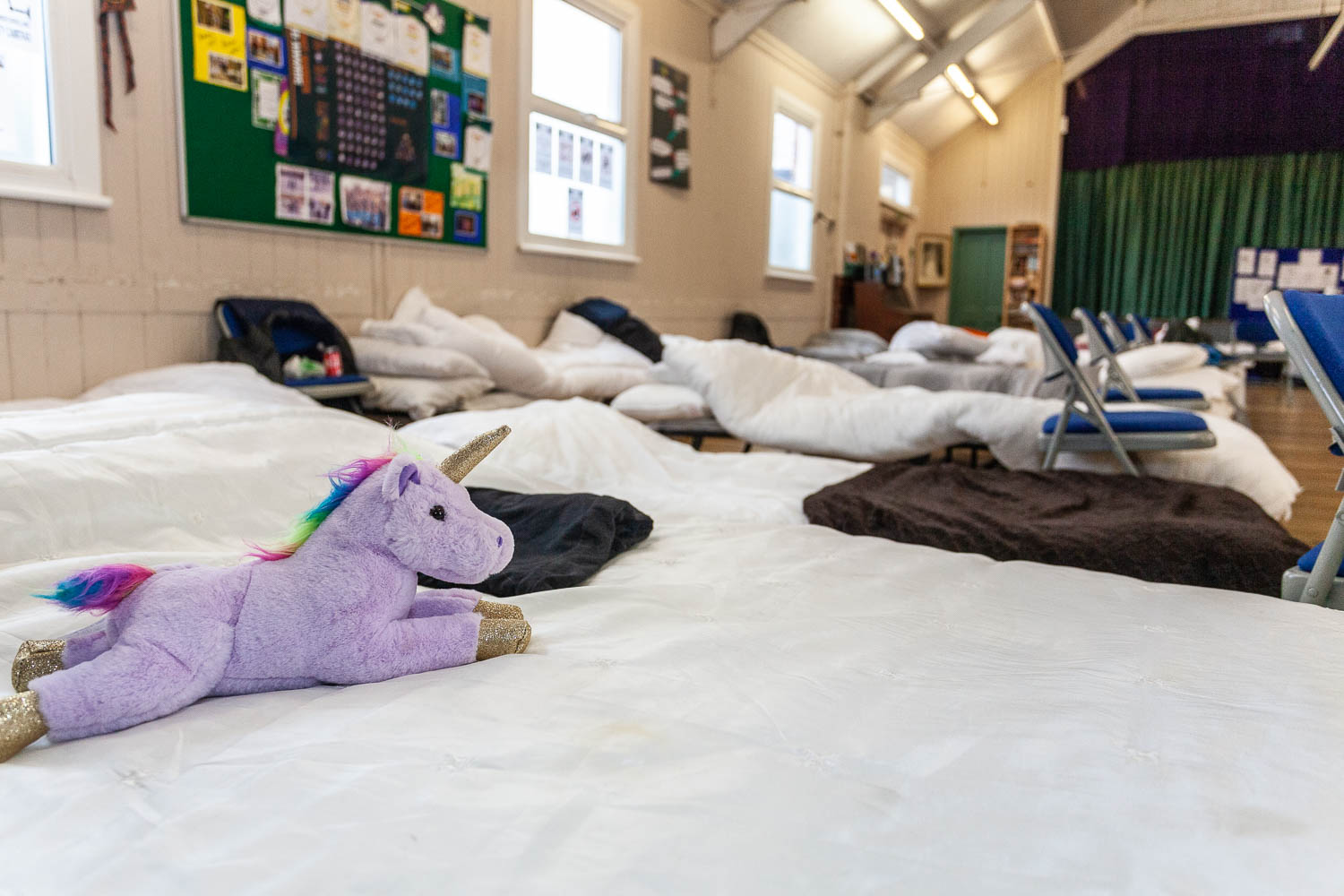