Ordinations 2019: new curates head out to their parishes 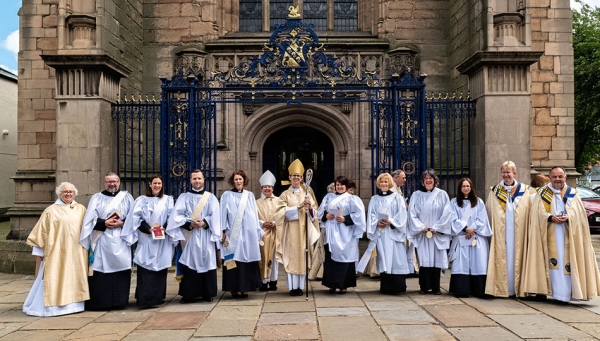 The Diocese of Derby has welcomed eight new deacons into ordained ministry in a service at Derby Cathedral.

The eight men and women are now beginning their ministry in parish churches across the Diocese.

Sunday's ordination service was led by the Bishop of Derby, the Rt Revd Libby Lane.

The new deacons include a former nurse, a former equine manager and a former Sunday school leader.

They will now start a three-to-four-year post of curate, training alongside experienced vicars.

Will Eley, to serve in the Benefice of Normanton-by-Derby, will be ordained deacon at St Giles, Normanton, on Sunday 7th  July 2019.

Deacons are normally ordained as priests after a year.