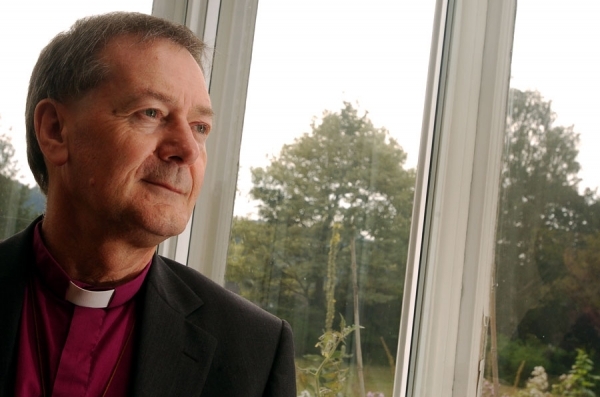 We all recognise the tensions between our crowded, contentious mass society of competing views and values, and the Christian ideal of God’s children as a harmonious or ‘whole’ (holy) community. Such tensions run rife within and between our churches, as well as providing a key context for contemporary mission.

Part of the challenge is to recognise that God creates a bewildering variety of opportunities and possibilities. The Easter story reports the story of John and Peter running to the tomb – towards meeting the mystery of Resurrection. They ran at different speeds. John, the poet and person of imagination, the ‘mystical’ gospel writer, arrives first. He does not enter the tomb but he sees and believes - an intuitive faith. Peter, practical leader and organiser, comes afterwards but goes straight into the empty space – to check, question, seek more reassurance. Peter, the rock, displays the characteristics of the person concerned with structures, responses, solidity - less intuitive, more experiential. These two forces have been in tension within the church ever since. The art of being church in a way that creates community is to be able to live with discipleship running at different speeds and being gifted with different insights.

But there is a common foundation. This month we recall Matthias, chosen to take the place of Judas as one of the twelve apostles. His story reminds us that some discipleship, as with Judas, can run at a speed which is disloyal and destructive: too caught up with its own agenda. But the story of Matthias has another message. Two candidates were proposed, Joseph (or Justus) and Matthias. Doubtless they brought different possibilities. The choice was made by ‘lot’, not by detailed criteria. However, one qualification was essential – to have accompanied Jesus on His journey from baptism to Ascension, and thus to be a witness to the Resurrection.

From Baptism to Ascension

In our complex and challenging times, each of us is called to run more closely towards the reality of Resurrection. We will journey at different speeds, and bring different gifts and insights. Too often such a collection of Christians can look (and feel!) like a disorderly crowd. We need to make a witness to that deeper truth that unites crowds into community. The truth that each of us is called to be joined together in accompanying Jesus from baptism to Ascension – the journey of the Christian year – and to be a witness to the Resurrection. Even if our differences seem to be as profound as those between Peter and John.

The Month of May

May is the month of Matthias. The call to be on the team of committed disciples. It is the month of the Ascension – joining us in worshipping the Risen Lord and beginning the next cycle of accompanying Him on the earthly journey. Finally, May is the month of Pentecost when the Spirit who called and blessed Matthias was poured out on a vast range of people and perspectives, baptising them all with grace. So none of us have an excuse!

Be prepared to be called and to be challenged.