Faith leaders representing the majority of communities in Derby and Derbyshire gathered in Derby Cathedral on Sunday to pray together and show support for the people of Ukraine and Ukrainian communities everywhere.

They also lit candles and signed a Book of Solidarity.

A group of musicians from the Ukrainian community led a performance of some traditional Ukrainian music.

Among the leaders was the Very Revd Father David Senyk, Parish Priest of Saint Michael the Archangel Ukrainian Catholic Church in Derby, who spoke about the challenges faced by the Ukrainian community and the very real sense of fear and horror faced by all Ukrainians.

>> See photos from the Vigil for Ukraine at Derby Cathedral

He said: "Most of all I want to thank you for your love... for the love you have shown in many different ways.

"The response and support of the British public to the horrors of war going on in Ukraine has been nothing short of tremendous.

"As a Ukrainian community in Derby, we have been overwhelmed with people reaching out with words of comfort and offers of help in various forms." 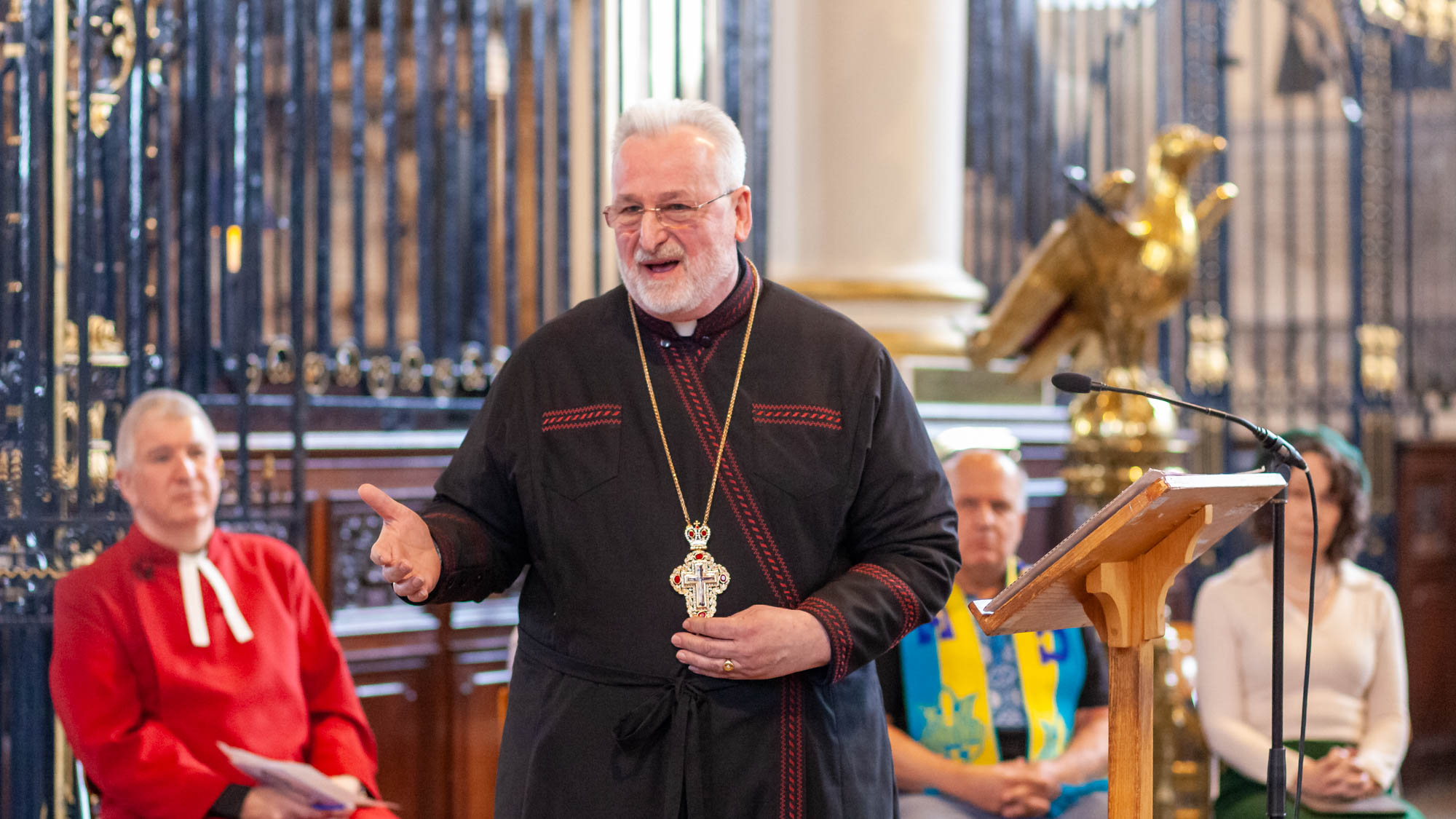 And speaking after the hour-long vigil, the Very Reverend Doctor Peter Robinson, Dean of Derby, said: "It was a privilege for Derby Cathedral to host the event and to take part in something that we will remember for many years to come.

"Thank you to everyone who made a contribution to the readings, prayers, reflections and music which all wove together to make the vigil work so well.

"It was a very precious and humbling moment for so many faith representatives and members of all communities to gather before God to pray and show their support for everyone who is affected by this terrible crisis."

Sunday's vigil was organised with the support of the Ukrainian Catholic Church and the Derby branch of the Association of Ukrainians in Great Britain, and co-ordinated by Derby's Multi-Faith Centre.

Faith leaders and representatives at the vigil included:

>> See photos from the Vigil for Ukraine at Derby Cathedral 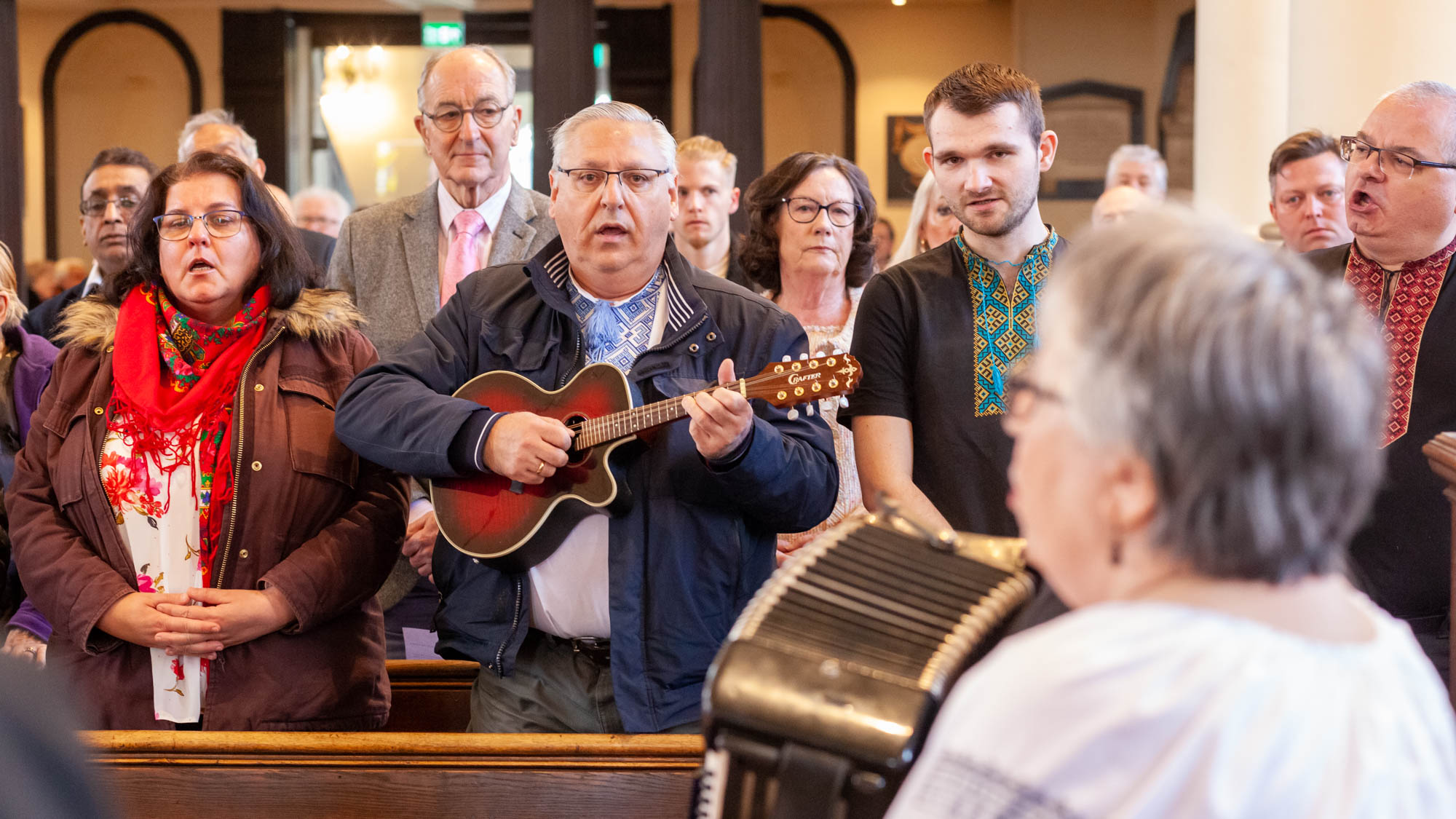 Last modified on Thursday, 19 May 2022 12:05
Tweet
Published in News Stories
More in this category: « New archdeacon appointments Bronze eco award for Hulland »
back to top