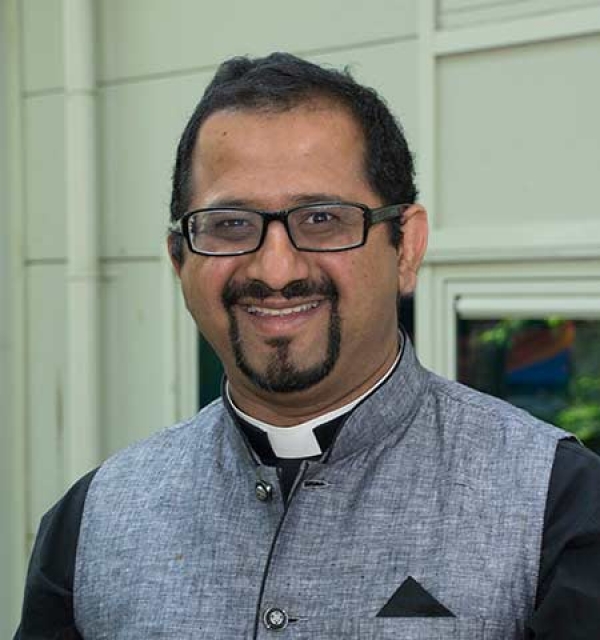 Shemil was born and brought up in Kerala, South India.

He was ordained in the Diocese of Peterborough and has experience of working in Sri Lanka as a CMS mission partner.

Shemil is the Anglican chaplain at Oxford Brookes University and Vocations Adviser for the Diocese of Oxford. He is a founding member of AMEN (Anglican Minority Ethnic Network).

He is a trainer in Unconscious Bias awareness and a tutor in Contextual theology. His first language is Malayalam and has a working knowledge of Tamil and Hindi.

Shemil is married to Becky, who is the vicar of Allestree and Quandon in Derby. He holds Permission to Officiate from the Bishop of Derby.