The Archdeacon of East Derbyshire 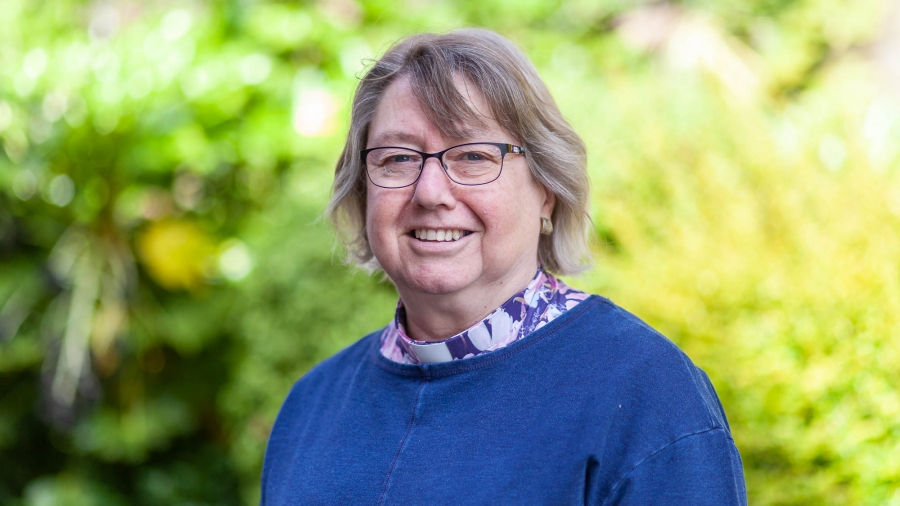 Archdeacon Karen has responsibility for parishes in the eastern region of the diocese, from Dronfield and Eckington in the north to Sawley and Long Eaton in the south, including Chesterfield.

Karen champions mission and ministry in emerging and transitional communities across the whole diocese.

PA to the Archdeacon of East Derbyshire

I am excited about working with people, churches and communities across the new archdeaconry wherever they are: in workplaces, in schools, at home and in churches to see God’s Kingdom come more and more.

I relish the challenge and I know that God will highlight priorities and will go ahead of me as together we try to work more effectively, growing what we already have and developing new ways of being church to reach new, emerging and transitioning communities.

I was born in London and grew up with the Salvation Army as a backdrop to my life as both sets of grandparents were officers and we were involved as a family.

We moved to Dorset when I was 15, which is where I met my future husband, Andy (and also where I became an Anglican). Andy and I have three adult children and are blessed with a six-year-old granddaughter.

After going to the University of Durham, I moved to Derby in 1983 to start a career in teaching, but I also started working in local churches, including St Alkmund’s, where I became Children’s and Youth Worker and then a lay member of the leadership team.

It was there that I had my lightbulb moment as I believe I heard God ask me to be ordained.

It took a while to persuade me, but it was time to move.

So off I went to study at St John’s Nottingham; I was ordained in 2007 and served my curacy in Long Eaton.

And so began my priestly journey – both spiritually and also literally up the M1 as in 2011 I became Team Vicar of Pilsley in the North Wingfield team and, in 2016, Priest-in-charge at Brampton St Mark’s in Chesterfield and Area Dean of North East Derbyshire.

Maybe then there is a sense of fulfilment that I will now serve as Archdeacon of East Derbyshire, an area defined to an extent by the M1 corridor, with a rich mining and industrial heritage, but with areas of deprivation, emergence and transition alongside rural ones - a real mixture full of life, challenge and possibility.

For me, faith is about knowing that I am totally loved and accepted and that, despite all my imperfections, God chooses to set his hope in me as I serve and work with Him and for Him alongside others.

Our lives, our churches and communities need the hope that He alone can bring.

I am passionate about the environment, and I love growing vegetables.

I enjoy a good walk and live in one of the best counties for doing that (but I do love the coast as well, so sometimes walk there!) I love spending time with family, who live reasonably close, and any spare time gets used reading modern fiction, sewing, cooking, seeing friends or just chilled in front of the TV.

What lights me up more than anything else as a follower of Jesus, and as a leader, is prayerfully helping to connect things: people, places, situations, stories and then stepping back to see God's Spirit at work, bringing fresh life – new possibilities, new & renewed relationships growing and flourishing under His care and direction.

Let’s do that together and see God's Kingdom come more and more amongst us.